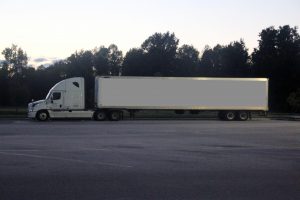 Recently, the Louisiana Fifth Circuit Court of Appeal addressed the issue of jurisdiction, or the power of a court to hear a lawsuit. In Louisiana, the Office of Workers’ Compensation has jurisdiction over workers’ compensation proceedings.  The law provides for extraterritorial coverage, or coverage outside the state, provided that the employee meets certain requirements.  In this case, the appellate court reviewed whether the trial court properly found that the Louisiana resident in this case had not met those requirements. Lemcy Cortez was a Louisiana resident hired by a Texas corporation to drive trucks in Oklahoma.  While working, Mr. Cortez suffered injuries in an automobile accident. He filed a Disputed Claim for Compensation with the Louisiana Office of Workers’ Compensation against his employer and their insurance company for workers’ compensation.  Mr. Cortez claimed that his employer refused to pay his workers’ compensation benefits, even though he was injured in the course and scope of his employment.

Flood cleanup can cause sickness in workers and others who come into contact with contaminated floodwater and can cause injury in those who come into contact with electrical and fire hazards.   The Occupational Safety & Health Administration warns about the hazards associated with flood cleanup work and provides some helpful tips.   The OSHA Warning For Louisiana Flood Cleanup Workers suggests the following: Get a current tetanus shot; Consider all public water supply unsafe until local authorities announce otherwise; Not using contaminated water to wash dishes, brush your teeth, prepare & wash foods or make ice. Keep safe water for washing and potable water for drinking; Watch out for chemically contaminated flood water at industrial sites; Beware of chemical and electrical hazards from hazardous waste and chemical containers moved by floodwater from their original locations. Throw away any food or beverage if you question its safety; Seek immediate medical care for all animal bites. If you are hurt on the job while employed in cleanup work, contact your employer immediately and report the injury as are entitled to medical treatment at the employer’s expense.  If you are unable to work and have a doctor’s excuse, you may be entitled to wages loss benefits like Louisiana Workers Compensation temporary total disability benefits.

Louisiana Flood Victim With An Insurance Problem? SBA Is Prepared To Help!

Posted by charles on Wednesday, August 17th, 2016 in Flood Insurance, Flooding
no Comment.

Many residents and businesses affected by the recent Louisiana flooding in East Baton Rouge, Livingston, Saint Helena, Tangipahoa Acadia, Ascension, Avoyelles, East Feliciana, Evangeline, Iberia, Iberville, Jefferson Davis, Lafayette, Point Coupee, St. Landry, St. Martin, St. Tammany, Vermilion, Washington and West Feliciana parishes may find they do not have enough flood insurance or no flood insurance to cover their losses. Accordingly, The Small Business Administration is preparing to provide assistance to Louisiana residents in East Baton Rouge, Livingston, Saint Helena and Tangipahoa parishes as a result of the storms and flooding beginning on August 11, 2016. The SBA wants to provide affected Louisiana residents and businesses with access to federal disaster loans. Interest rates depend on each applications financial condition, terms are up to 30 years and interest rates can be as low: 4 percent for businesses, 2.625 percent for private nonprofit organizations and 1.563 percent for homeowners and renters; Businesses and private non-profit organizations may borrow up to $2 million dollars to repair or replace damaged or destroyed real estate, machinery and equipment and inventory and other business assets.  Additional funding is available for mitigation. Homeowners may borrow up to $200,000 to repair or replace damaged or destroyed real-estate.  Homeowners and renters are eligible for up to $40,000 to repair or replace damaged or destroyed personal property. To be considered for all forms of disaster assistance, flood victims must first call FEMA at 800-621-3362.    When disaster centers open, SBA agents will be available to help with loan applications. For help with your […] 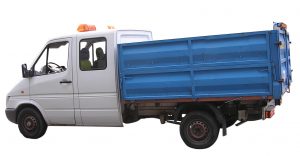 In a recent decision, the Louisiana Second Circuit Court of Appeal reviewed a judgment in favor of an injured plaintiff who had brought claims against the driver of the vehicle that struck him, as well as her insurance companies. The defendants raised the issue of judicial estoppel, claiming that the plaintiff failed to disclose his personal injury claim in his bankruptcy proceedings and should therefore not be able to recover compensation from the defendants.  In their analysis of whether the trial court erred in holding judicial estoppel did not apply, the appellate court focused on the equitable nature of the doctrine, and whether the injured plaintiff was in fact dishonest and attempting to reap a windfall by concealing his injury claim from the bankruptcy court and creditors. Willie Lee Thomas worked as a delivery driver for Farmers Seafood Company, and while making a delivery, he was struck by a car driven by defendant Wanda Jean Harris. Mr. Thomas was pinned between the rear of his own delivery truck and the vehicle driven by Ms. Harris, and he suffered serious injuries. Mr. Thomas underwent multiple surgeries, but at the time of the lawsuit, he was still unable to work.