Posted by charles on Friday, July 22nd, 2016 in Personal Injury
no Comment.

The Louisiana Second Circuit Appellate Court recently issued an opinion in an appeal brought on behalf of Wilkie and Ashley Santos, individually and as parents of their minor child, Payten.  The lower court issued a judgment in favor of defendant Dollar Mania, Inc. when the plaintiffs’ daughter was hurt by a belt rack that fell on top of her.  The issue was whether the defendant had shown no genuine issue of material fact remained on the plaintiffs’ negligence claim.  At issue was whether the store had exercised reason 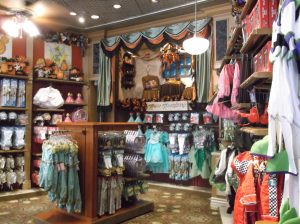 able care to stabilize and make the racks safe, and whether it was reasonably foreseeable that a child might play with the racks and suffer an injury.

On July 18, 2013, Mrs. Santos went shopping for school uniforms with her three children at Dollar Mania in Bossier City.  At the time, Payten was four years old and weighed about 45 pounds.  Inside the store, Payten and another child began playing with belts that were displayed in belt racks.  Eventually, Payten grabbed many belts, lifted them, and released them, but the belt rack began falling and eventually landed on top of Payten. A belt hook punctured her cheek.

The Santoses contended that there remained a genuine issue of material fact regarding whether Dollar Mania satisfied its duty to keep the premises reasonably safe.  The appellate court stated the rule that a merchant must use reasonable care to keep aisles and passageways in a safe condition. Premises must be free of hazardous conditions that might result in injuries.  In the situation of falling merchandise, a plaintiff must prove he did not cause the merchandise to fall, another customer did not cause the merchandise to fall, and the merchant’s negligence caused the accident.

The appellate court stated that summary judgment is appropriate when the pleadings and discovery show no genuine issue of material fact remains, and the mover is entitled to judgment as a matter of law. Here, the Santoses presented testimony from Dollar Mania’s representative, who testified the store practice was to tie belt racks to one another. Dollar Mania presented testimony from an engineer who examined the belt rack and opined that the accident took place when the girl gathered the belts and shifted the gravity such that the belt rack was caused to fall. But the engineer also testified that if the racks had been tied together at the time of the accident, which they were not, the rack would not have likely fallen over.

Dollar Mania contended that since the girl pulled on the belts, they could not be liable.  They also argued that the child’s act was unusual and could not have been expected.  The court rejected this argument because the evidence showed that store employees testified they had seen children playing with the belt display in the store.

The appellate court stated that the Santoses presented evidence creating a genuine issue of material fact as to whether Dollar Mania exercised reasonable care in failing to stabilize the belt racks and whether the child acted in a reasonably foreseeable manner, given Dollar Mania’s awareness that children play in the store and pull the hanging belts.  The court stated that the factfinder must determine whether the instability of the rack created an unreasonably dangerous condition that caused the accident. The appellate court stated that the district court erred in granting the defendant’s summary judgment motion.

The appellate court reversed the judgment in favor of Dollar Mania.

At Lavis Law, our premises liability attorneys represent injured Louisiana individuals in their claims for compensation following an accident.  Our office provides a free, confidential consultation and can be reached by calling 866.558.9151.