Posted by charles on Monday, November 7th, 2016 in Automobile Insurance
no Comment.

In a recent appeal, the Louisiana Third Circuit reviewed whether a plaintiff in a personal injury lawsuit following a car accident had met her burden of showing the defendant driver was an uninsured/underinsured motorist. The burden remains on the plaintiff to present a prima facie showing of uninsured/underinsured coverage, and in this case, an affidavit by a rental car employee did not meet the evidentiary standard required to prove this status. The court reversed the trial court’s judgment aga 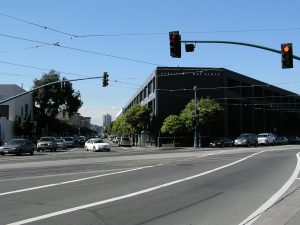 inst the automobile insurer and in favor of the plaintiff.

The facts of this case centered on a car accident that took place at an intersection in Natchitoches, Louisiana. Mary King’s vehicle backed into Crystal Stephens’ vehicle. Both women had been driving a rental car. Safeway Insurance Co. of Louisiana had insured Ms. Stephens’ vehicle.

Ms. Stephens brought a lawsuit against Safeway Insurance Co. and Ms. King. Later, she amended her pleadings and named the rental company as a defendant. The rental company paid $10,000 in damages and was dismissed from the lawsuit.

The matter proceeded to a trial, and a verdict was awarded to Ms. Stephens against Ms. King and Safeway.  Safeway then appealed, arguing multiple assignments of error committed by the trial court.

The appellate court stated that Ms. Stephens had relied on evidence showing Ms. King’s uninsured/underinsured motorist status in the form of an affidavit of a rental car employee. This affidavit included the employee’s statement that Ms. King had not purchased optional liability coverage, and there had not been a finding of valid personal automobile liability insurance for her.

The court stated that counsel for Ms. Stephens offered this evidence, and counsel for Safeway objected on the grounds that it was hearsay.  Whether it was admissible is a question of law, and the court stated that for an uninsured motorist claim, the burden is on the plaintiff to show that the vehicle owner or operator was either uninsured or underinsured at the time of the accident. Affidavit evidence may be submitted, but it must comply with Louisiana law, which states the methods required to make a prima facie showing that a motorist is uninsured/underinsured.

The appellate court stated that it had been an error for the trial court to allow the rental car employee’s affidavit into the record. Since the appellate court performs a de novo review of the record, they stated their finding that no other evidence existed to show Ms. King had the status of an uninsured/underinsured motorist. Ms. Stephens had therefore not met her burden of proof regarding the liability of Safeway.

The court reversed the trial court’s judgment against Safeway in favor of Ms. Stephens. They rendered a judgment that dismissed her claims against the insurance company.

The Louisiana insurance lawyers at Lavis Law handle insurance coverage disputes and claims of insurance bad faith.  We offer a complimentary consultation, and our office can be reached by calling 866.558.9151.