Posted by charles on Thursday, May 12th, 2011 in Flood Insurance
no Comment. 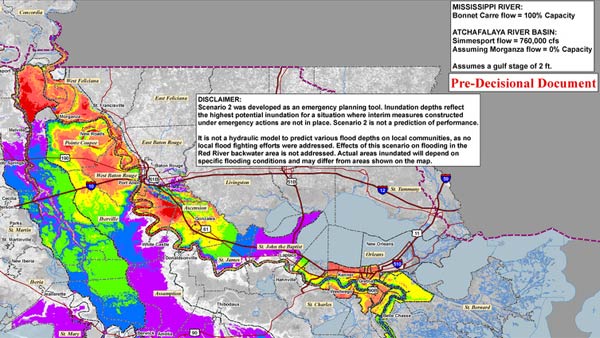 Today, the US Army Corps of Engineers released a Doomsday Scenario 2″ Floodmap that indicates flooding that may take place if the Corps does not open the Morganza Spillway.

The US Army Corps of Engineers is expected to open the Morganza Spillway in the near future.

If you home or business is damaged by floodwater, contact a Louisiana Flood Insurance Attorney.