The Louisiana Insurance Commissioner James Donelon learned something from his Republican counterpart Deeia Beck at the Texas Office of Public Insurance Counsel. Ms. Beck represents the interest of Texas consumers in insurance matters. Therefore, she has created a nifty online tool allowing Texas policyholders to compare coverages for homeowners, automobile, renters and condo insurance. The tool helps consumers compare insurance company policies so that consumers will know what is covered and excluded such as plumbing leaks, mold testing and remediation and foundation damage. If the consumers own policy does not favorably compare to another company, the consumer can then consider switching to another insurance company providing the desired insurance coverage. Mr. Donelon created a similar online tool for Louisiana policyholders.

Posted by charles on Tuesday, December 27th, 2016 in Automobile Insurance
no Comment. 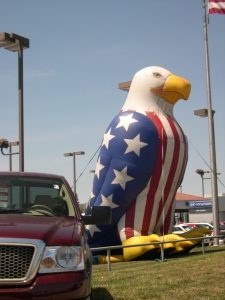 In an insurance coverage dispute following a car accident, the Louisiana Third Circuit affirmed a judgment finding that the plaintiff was not insured under either insurance policy, and it dismissed her claims against the insurance company.  A “garage policy” had been issued to a car dealership that provided uninsured motorist coverage and medical payment coverage.   The issue in this case was whether the plaintiff was in fact “insured” for the purposes of UM coverage.  Specifically, the court here looked at the policy language defining coverage and whether the definition of “insured” violated Louisiana law. In Lake Charles, Louisiana, in August 2013, the plaintiff in this case was involved in a two-car auto accident on I-210.  She contended that she suffered injuries as a result of the accident.  At the time of the accident, the plaintiff had been driving a borrowed car from Service Chevrolet, while her own car underwent repairs. A “garage policy” had been issued to Service Chevrolet, and the car driven by the plaintiff was a “covered auto” under the policy. The plaintiff settled her claims against the other driver and the other driver’s insurer.  She then pursued a claim against the insurance company for Service Chevrolet for the remaining damages under the uninsured/underinsured (UM) “garage policy” and the medical payments coverage.  The insurer moved for summary judgment, contending that the plaintiff was not “insured” because she maintained her own insurance.  The trial court agreed and granted summary judgment.  The plaintiff appealed.