Workers’ compensation covers treatment for injuries sustained during the course of employment. Additionally, medical expenses may be reimbursed for attendant care, if the nature of services is similar to that provided in a hospital or nursing home. A recent workers’ compensation case before the Third Circuit Court of Appeal examined a claim for reimbursement of caretaker services provided by an injured employee’s wife. This case also addresses the penalties awarded when the employer fails to pay the appropriate amount or pay in a timely manner. 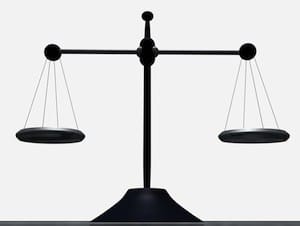 In this case, Mr. Landry appealed the judgment of the Workers’ Compensation Judge (WCJ), awarding him penalties capped at $8,000 but denying his claim for reimbursement of care provided by his wife and denying his demand to accelerate his benefits. Mr. Landry was awarded inpatient care, other medical benefits, weekly indemnity benefits, and attorney and expert witness fees.

Mr. Landry suffered a serious head injury during the course of employment. This injury aggravated a pre-existing seizure condition and damaged his brain’s frontal lobes. As a result, Mr. Landry could not control his impulses and engaged in behavior deemed socially inappropriate and potentially criminal.   His physicians concluded that he needed to be institutionalized.

Mr. Landry was evaluated and admitted to a facility for people with brain injuries. His attorney provided him a life-care planner, who estimated that the cost of Mr. Landry’s future care would be approximately $14 million. The care provided by Mr. Landry’s wife totaled $13,360,000.

After trial, the WCJ declared that Mr. Landry’s institutional treatment was necessary and reasonable, and ordered the employer to pay for that treatment. Mr. Landry was awarded a penalty for underpayment of indemnity benefits, a penalty for delaying his admission to the institution, and penalties for late payments of medical bills. In accordance with Louisiana law, the penalties were capped at $8,000.

Mr. Landry appealed the cap on penalties and the denial of the attendant care claim of Mrs. Landry.

On appeal, the court first addressed Mr. Landry’s claim that the $8,000 cap should not apply because the acts committed by his employer pre-dated the 2003 amendment creating the caps. But the court stated that, since Mr. Landry and his employer entered into a stipulation after 2003, all claims for penalties that existed at that time merged into the stipulation, becoming a judgment of the WCJ. From that entry of stipulated judgment, only penalties that arose afterward could be assessed. The law governing an award of penalties applies as written when the act gave rise to those penalties.

In terms of the medical reimbursement claims, the court looked to the Louisiana Administrative Code. This fee schedule requires that non-professional family members be trained by a health care provider. Furthermore, ordinary household duties are not reimbursed. Services in the nature of trained hospital or nursing home professionals are reimbursed, and the medical evidence must appropriately identify the value of the provided services.

The WCJ denied recovery for Mrs. Landry because the care she provided was not the type authorized by the administrative code. On appeal, the court looked to the code training requirements and reimbursement guidelines. The court also reviewed the evidence during trial, specifically Mrs. Landry’s denial of performing the authorized services under the code. She claimed that she occasionally provided palliative skin care and maintained no records of that. The court stated that Mrs. Landry failed to establish the formal requirements that would entitle her to recover benefits.

The court also rejected Mr. Landry’s claim for accelerated benefits. Turning to the definitions of penalties set forth in the statute, the court stated they do not apply to Mr. Landry’s medical benefits because they are not “installments” under the statute.