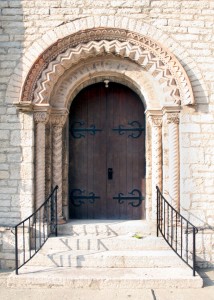 In a recent case, the Louisiana Fourth Circuit affirmed a judgment in favor of a Baptist Church that caught fire, damaging a structure that had not been used for worship services since previous damage resulting from Hurricane Katrina in 2005. The plaintiffs, a property investment company and an insurance company, sued the church, alleging negligence for inattentiveness in maintaining the property.   After a jury returned a verdict in favor of the church, the plaintiffs filed a motion for judgment notwithstanding the verdict and a motion for a new trial based on newly discovered evidence. These motions were denied, and the plaintiffs appealed.

At trial, the plaintiffs argued that the church was negligent for failing to maintain their property in a safe and secure manner, resulting in a defect in the premises, which led to an unreasonable risk of harm. They relied on direct and circumstantial evidence, including witnesses who claimed that the wooden pews and a hole in the roof created a fire hazard. The complaints also stated that the building was in disrepair and had been adjudged a public nuisance, and it was cited as a blighted property by the City of New Orleans.

Trial testimony centered on potential causes of the fire. An inspector with the New Orleans Fire Department testified that the origins and cause of the fire were undetermined. Testimony also included witnesses claiming that homeless people could squeeze through openings to enter the church property, although they admitted upon cross-examination that they did not see homeless people inside the church.

The church countered by stating that these unauthorized break-ins did not occur for about six months to one year before the fire. In fact, the church alleges they took appropriate steps to secure the building to prevent entries. If there were unauthorized people, the church argued they were not there near or on the night of the fire.

Additionally, the church’s real estate agent testified that when problems were identified regarding church building access, church members quickly responded, taking care of problems. She testified that she did not see unauthorized entry into the church for about a year and a half before the fire. The church’s expert testified that the cause and the origin of the fire were unknown. It could not be determined whether the fire was set intentionally or accidentally.

On appeal, the court stated the rule that when two permissible views of evidence exist, the fact finder’s choice between them cannot be manifestly erroneous. Here, the jury found the defense witness testimony more credible, and it accepted the defense view of the evidence. The appellate court held the jury’s finding was reasonable.

The appellate court also addressed the issue of jury instructions, since the plaintiffs contended that the trial court did not provide certain instructions based on a Fourth District Appeals case, Mistretta v. Fiorella, and the doctrine of res ipsa loquitur. Mistretta is a jury charge that makes clear the interpretation of New Orleans Code Ordinances requiring owners to maintain property to prevent unauthorized entry. While the plaintiffs argued that the facts of the present case resemble those of Mistretta, the appellate court disagreed and stated that in that case, a violation of the ordinance was determined to have caused the fire. In the present case, no determination was made regarding the cause and origin of the fire. The expert for the defense could not rule out whether the fire started in a neighboring dumpster. The court stated the lack of jury instructions on this issue did not mislead the jury or prevent them from dispensing justice.

Regarding res ipsa loquitur, the court explained the doctrine applies when a plaintiff uses circumstantial evidence alone to provide negligence. But it does not apply when there is sufficient direct evidence. To use this rule, plaintiffs argue that the injury is the type that does not occur in the absence of negligence, the evidence eliminates other probable causes of injury, and the negligence of the defendant falls within the scope of the duty owed to the plaintiff.

In conclusion, the court stated that the evidence does not establish the church’s negligence because the cause and origin of the fire were unknown. Since the possible origins of the fire are too numerous to apply res ipsa loquitur, the plaintiffs had not met the requirements of showing that circumstantial evidence demonstrates the defendant’s negligence.

It is not uncommon for insurance companies to contend that the property owner is liable for fire damage, potentially limiting the insurer’s coverage. At the Lavis Law Firm – Personal Injury & Accident Attorney, our insurance disputes attorneys aggressively represent insured clients, helping them to resolve coverage disputes. Contact our office today at 866.558.9151 or online for a free consultation.