Posted by charles on Friday, September 18th, 2015 in Automobile Insurance
no Comment.

A case before the Second Circuit Court of Appeal addressed allegations of insurance bad faith.  This case stems from a car accident and an insurer’s denial of payment for claims. The plaintiffs, Mr. and Mrs. Steve and Trace Ambrose, acknowledged their premium payment to the insurer, defendant Automobile Club Inter-Insurance Exchange, had been late, but they claimed that the insurer regularly and consistently accepted late payments. Mr. and Mrs. Ambrose claimed that their insurer acted in bad faith and was arbitrary, capricious, and lacking in probable cause. In their complaint, they asked for damages, penalties, and attorney fees. 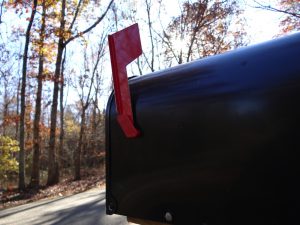 The premium payment in this case was due the day of the accident, but the plaintiffs sent their payment via overnight mail a few days later. Their insurer declined to accept the payment. According to the plaintiffs, their insurer had previously accepted their late or overdue payments, thereby establishing this habit or custom.

In response to the complaint, the insurer noted that some of the premium payments had been made by the plaintiffs during the grace period, but prior to the date and time of the cancellation of the renewal notice. While the policy had never previously lapsed, the failure to pay by the deadline, in this case, the day of the accident, cancelled the policy.

A bench trial took place and included testimony from a policy services manager for the insurance company, as well as testimony from Mr. and Mrs. Ambrose. The trial court analyzed the equitable estoppel argument, applying a two-prong test. First, there must be a habit or custom of accepting overdue premiums, and the insured must reasonably believe that, due to custom, the insurer will maintain the policy without prompt payment of the premiums. The trial court held equitable estoppel applied, since the insurer was in the habit of accepting late payments, and Mrs. Ambrose reasonably believed a late payment would be accepted.

The court also found that the plaintiffs had not shown the insurer acted in bad faith. Here, the facts show that the insurer abolished the grace period in preparation for changes in insurance law requirements concerning reporting cancelled or expired policies.

On appeal, Mr. and Mrs. Ambrose argued that their insurer acted in bad faith when it denied coverage and refused to pay their property damage claim.  In support of their claim, they argued that the retroactive application of the grace period denied their claim in an arbitrary and capricious manner. They also claimed it was arbitrary and capricious to unilaterally abolish the grace period without notifying them. They contended they were due penalties and attorney fees based on misrepresented facts and policy provisions.

In response, the insurer claimed that it did not act in bad faith and furthermore that there was no longer an insurer-insured relationship when the policy lapsed.

The appellate court turned to Louisiana law, stating the requirement that an insurer act in good faith. The court stated that the trial court’s determination was not manifestly erroneous or clearly wrong. The trial court found that the insurer had not acted unreasonably when abolishing the grace period and that it had the right to terminate the grace period at any time. The insurer also believed, in good faith, that it had sufficiently notified the plaintiffs that coverage would not continue if the renewal payment was late. Since the insurer acted according to the provisions in its renewal policy, mailed to the plaintiffs before the accident, these actions were not in bad faith. The appellate court also affirmed the lower court’s finding of equitable estoppel.

At Lavis Law, we represent individuals throughout Louisiana bringing insurance bad faith claims. Contact the office by calling 866.558.9151.  We offer a free consultation.