Recently, a case before the Louisiana Third Circuit addressed the definitions of “situs” and “status” under the Longshoreman & Harbor Workers’ Compensation Act (LHWCA). In this case, the situs, or location, and the status of an injured employee determined his compensation. The plaintiff, Mr. Hernandez, was cutting timber for the construction of a boat ramp when he suffered an injury. The ramp was being built on Bayou Teche in Loreauville to launch boats in the waterway. Mr. Hernandez was injured while working in a grassy area, about 100 feet from the ramp. 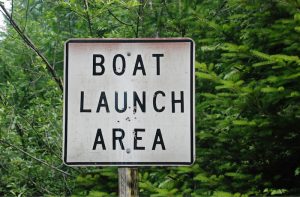 UNO then named Durand as the employer of Mr. Hernandez, filing a third-party demand. Mr. Hernandez amended his claim, and Durand filed a cross-claim against UNO and LWCC, alleging that if it was liable as the borrowing employer for benefits, they were liable for half. Durand filed a Motion for Partial Summary Judgment on a jurisdiction issue, and LWCC filed an Exception for Lack of Subject Matter Jurisdiction.

In a single hearing before the Office of Workers’ Compensation, the workers’ compensation judge granted Durand’s motion and denied LWCC’s motion. The judge found Mr. Hernandez’s claims were compensable under Louisiana workers’ compensation laws, since he was hired for construction purposes and was doing construction work. The judge granted Durand’s motion for partial summary judgment and denied LWCC’s motion.

LWCC challenged this ruling, and the court denied the writ. Then, LWCC filed an appeal on the granting of Durand’s motion for partial summary judgment.

At issue was whether the LHWCA applies in this case.  The appellate court stated that in this matter, there are no factual disputes. Instead, the issue is whether Mr. Hernandez was within the confines of the LHWCA when he was injured. In order for the LHWCA to cover an employee, the “situs” and “status” requirements must be met. “Situs” refers to location, and “status” defines the employee and employer.

First, the LWCC argued that the situs requirement was met because Mr. Hernandez was building a “pier,” in the form of a boat launch. The appellate court stated that while a pier is included in the language of the statute, the definition includes a structure built on pilings, extending from land to water. A boat ramp does not extend into the water on pilings. The court stated a boat ramp is not a pier under the LHWCA. They also stated that the area where Mr. Hernandez was injured had not been used for maritime activities, and it was not customarily used by an employer in loading, unloading, or building a vessel.

LWCC argued that status applies to any worker whose employment involves an essential part of the process of five types of maritime activity:  loading, unloading, repairing, building, and dismantling a vessel.

In this case, Mr. Hernandez worked on property used to build physical reinforcements to stabilize the earth surrounding a boat launch.  The court stated he does not automatically qualify as a maritime employee, and the Workers’ Compensation Judge found his construction-type activities directed towards the land, and not the waters. These were not duties essential to the five enumerated activities specified by the LHWCA.  The appellate court held there was no error in finding Mr. Hernandez’s involvement in the construction of the boat ramp triggered the application of the LHWCA.