Automobile insurance policies may limit their liability, enforcing conditions on the obligations they assume. Under Louisiana law, insurers are entitled to limit their coverage, provided it does not conflict with law or public policy. A recent First Circuit Court of Appeal case addressed this issue of limited coverage, affirming a lower court’s judgment in favor of an automobile insurance policy that limited coverage to four-wheeled vehicles, thereby excluding coverage for a motorcycle involved in an accident. 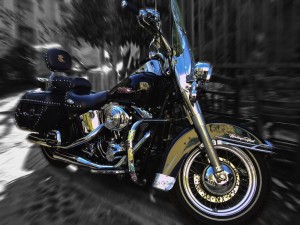 Ms. Stafford filed a petition for damages and named Mr. Fugler and his insurance company as defendants, alleging that she suffered injuries as a result of the accident. Mr. Fugler maintained an automobile liability insurance policy at the time of the accident, and Ms. Stafford claimed that this policy covered the accident and did not contain an exclusion for vehicles with less than four wheels.

The insurance company generally denied the allegations and asserted that the motorcycle was not covered by the policy according to the definitions set forth in the policy. They then filed a motion for summary judgment, asserting that they were not liable to Ms. Stafford for damages arising from the accident. The trial court granted their motion for summary judgment, and Ms. Stafford appealed.

When a plaintiff seeks a declaration of coverage under Louisiana law, they are required to prove the facts leading to recovery under the policy.  In other words, the person bringing the lawsuit is responsible for establishing that they can recover and that their claim falls under the policy coverage.

The court made clear that contract law applies to the interpretation of insurance policies because they are an agreement between parties.  Turning to the intent of the parties, the court examines the words of the policy.  If these words are clear and explicit, under Louisiana contract law, no further interpretation is necessary to determine the parties’ intent. Finally, insurers are allowed to limit their liability and impose conditions on policy obligations, assuming they do not conflict with public policy.

The insurance company’s policy defined “insured” and “car,” which includes a non-owned car or temporary substitute car. Additionally, a section of the policy defines car as a “land motor vehicle with four or more wheels, designed for use primarily on public roads.”

Applying this definition to the facts in the case, the court stated that the driver, Mr. Fugler, was operating a non-owned motorcycle, and the policy does not provide liability coverage for any non-owned vehicle. Instead, the language makes clear that the policy extends to a non-owned car.  And a car, according to the policy’s definition, has four or more wheels.

In conclusion, the court stated that Mr. Fugler was operating a two-wheeled motorcycle at the time of the accident. He was not insured for purposes of liability coverage, and the policy does not provide liability coverage for damages claimed by Ms. Stafford.

The court also dismissed Ms. Stafford’s assertion that the policy is ambiguous because of provisions in the agreement referring to a vehicle.  Specifically, she had pointed to the provision that the policy will pay damages that an insured becomes legally liable for due to bodily injury to others caused by an accident that involves a vehicle insured by the liability coverage in the policy.

Again, the court stated that this provision only applies if the vehicle is covered by the policy. In this case, Mr. Fugler is not insured for purposes of liability coverage because he was not operating a non-owned car, as defined.

Finally, the court dismissed the argument that the provision violates public policy. It is not the responsibility of the insurer to provide “blanket coverage” for all non-owned motor vehicles that the insured may drive during the period of policy coverage.   The insurer can limit the type of classification of vehicles covered by the policy, without violating Louisiana law.

At the Lavis Law firm, our insurance attorneys are skilled at helping individual claimants recover damages for their losses. Contact us today at 866-558-9151 for a free, confidential consultation.