In a recent case before the Fifth Circuit Court of Appeal, the court determined whether a plaintiff seeking damages from an automobile insurance carrier had sufficiently proved his injuries. 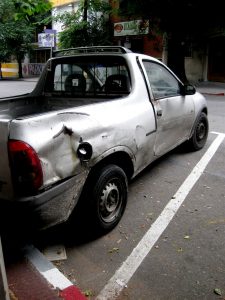 After discovery, Mr. Romero’s claims against Imperial and US Agencies, as liability carriers, were dismissed with prejudice.  He filed a motion for a new trial, and the parties stipulated that Ms. Bell was responsible for the car accident and that at the time of the accident, Ms. Bell was uninsured. In exchange for the stipulation of these facts, the parties entered into a consent judgment.  Mr. Romero agreed to withdraw his motion for a new trial and to dismiss with prejudice his claims against Ms. Bell and US Agencies as liability carrier.

At a bench trial, Mr. Romero testified that he had stopped at a red light in his car when he was rear-ended. He stated that his vehicle was rendered inoperable, and he sensed pain in his neck.

He also stated that the responding police officer grabbed him by the neck and told him not to move.  Mr. Romero explained that the officer thought Mr. Romero may have injured his neck, but he also testified that he had not informed the officer that he was hurt and that he did not communicate with the officer because he cannot speak English.

The police report indicated that Mr. Romero did not sustain an injury and that the damage to Mr. Romero’s car was “minor/moderate.”

Mr. Romero was examined by a doctor two days after the accident and diagnosed with cervical strain, lumbar strain, and spasms in his paralumbar, bilateral paraspinous, and trapezius.  At trial, Mr. Romero also introduced an “Uninsured/Underinsured Motorist Bodily Injury Coverage Form.”  The form essentially waives coverage for a bodily injury suffered in an accident caused by an uninsured/underinsured motorist. While the form was undated, it was initialed “JD” and signed by “Julia D Romero Zambrano.”  Mr. Romero acknowledged that the initials and signature were his in his deposition.  Then, he recanted and said they were not his.  At trial, Mr. Romero stated that neither the initials nor the signature were his.

At trial, the court ruled in favor of US Agencies Casualty Ins. Co., finding that there was a valid waiver of uninsured/underinsured motorist coverage, that Mr. Romero had not been injured, and that his testimony was “incredible.” Mr. Romero appealed.

Mr. Romero raised two assignments of error on appeal. He argued the trial court erred in holding the uninsured motorist waiver form valid and in ruling in favor of the appellee because he had established, by a preponderance of the evidence, a prima facie case.

US Agencies agreed that the waiver form, since it is undated, is invalid.  The appellate court therefore focused on whether Mr. Romero proved he was injured in the accident.

Mr. Romero argued that US Agencies Casualty Ins. Co. failed to overcome the Housley presumption.  This is a presumption relevant to personal injury cases, in which the plaintiff’s burden of proving by a preponderance of the evidence that the injuries resulted from the accident at issue is satisfied if the medical testimony shows that it is more probable than not that the injuries were due to the trauma of the incident.  Causation between the accident and the disabling condition may be shown if before the accident, the injured person was in good health, and after the accident they began to suffer from the condition.

Since the presumption is a factual issue, it is reviewed by appellate courts under the manifest error standard of review.

Here, Mr. Romero stated the presumption applies because he had established that he was healthy before the accident, his injuries manifested after the accident, and medical evidence showed a reasonable probability of a causal connection between he accident and his injuries.

The court stated that the Housley presumption is only appropriate if there is a reasonable possibility of a causal connection between the accident and the injury.

In this case, the appeals court stated that the trial court had a reasonable factual basis to find that Mr. Romero did not suffer injuries in the accident.  Mr. Romero’s testimony of his injury was found to be “incredible.”  The police report indicated he was not injured and noted only minor damage to his car.  Finally, since there is not a medical opinion that his injuries were caused by the accident, Mr. Romero has not shown with medical evidence a reasonable probability that the accident caused his claimed injuries.

In conclusion, the court stated that the Housley presumption does not apply, and Mr. Romero did not meet his burden of proving his injuries resulted from the accident.  The court stated the assignment of error does not have merit, and the trial court judgment in favor of US Agencies Casualty Ins. Co. was affirmed.

Louisiana Appeals Court Finds a Lien Holder of an Uninsured Motor Vehicle is Barred from Recovery by the No Pay, No Play Law,  Louisiana Insurance Lawyer Blog, July 14, 2015