In a recent case before the Fifth Circuit Court of Appeal, the court addressed the issue of borrowed employee status in the context of the Louisiana Workers’ Compensation Act. 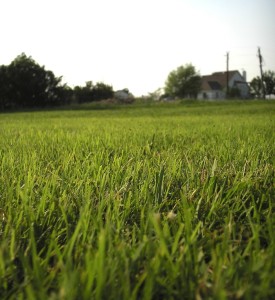 The plaintiff, Mr. Von Lastie, appealed a summary judgment in favor of the defendants, the City of Gretna and Ronnie Harris. Mr. Lastie had been employed by a staffing agency and assigned to work for the City of Gretna. He worked with a grass cutting crew and was transported in a van to a location for a grass-cutting assignment. Another City of Gretna employee failed to put the van in “park,” and the van rolled into traffic and was struck by a tractor-trailer. Mr. Lastie suffered personal injuries.

The appeals court framed the issue as a determination of Mr. Lastie’s status as a borrowed employee. If he is a borrowed employee of the City of Gretna at the time of the accident, the defendants are immune from tort liability.   Borrowed employee disputes, according to the court, arise when a defendant who is not a formal employer asserts that the plaintiff is acting as the defendant’s employee. The appeals court stated that the case of Ruiz v. Shell Oil Co., 413 F.2d 210 (5th Cir. 1969), sets forth factors for the consideration of borrowed employee status. These include who had the right of control over the employee, whether there was an agreement between the formal employer and borrowing employer, who had the right to discharge the employee, and other factors. The court stated that the right of control factor is weighted heavily in favor of borrowed employee status.

The court stated that the analysis of the Ruiz factors demonstrates that Mr. Lastie was a borrowed employee of the City of Gretna at the time of the accident. Since there were no genuine issues of material fact on this issue, Mr. Lastie’s lawsuit is barred by the exclusivity provisions of the workers’ compensation act.

The court held that summary judgment was properly granted, and they affirmed the judgment in favor of the defendants.

At Lavis Law, we represent individuals who are injured during the course and scope of their employment. We help individuals understand their right to pursue workers’ compensation claims. Contact our office for a free consultation at 866-855-9151.