In a recent unpublished decision, the Louisiana Third Circuit Court of Appeal affirmed a lower court’s judgment that the plaintiff in a car accident lawsuit had not produced evidence to prove his case by the appropriate legal standard. He sued for injuries sustained in the car accident, seeking recovery from the defendant and her insurance company. The appeals court affirmed the lower court’s ruling in favor of the defendants. 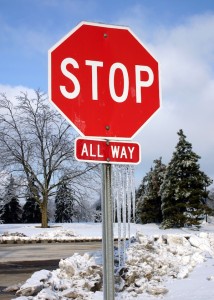 In this case, two vehicles, each with a driver and passenger, collided at a four-way stop sign, causing an impact to one car on the rear driver’s side door.   A police officer arrived at the scene of the accident, attempting to determine who was at fault. But the parties provided conflicting accounts of the events, and the officer could not assess fault. At the scene of the accident, no injuries were reported. Later, the plaintiff and his passenger complained of injuries that were treated by a chiropractor.

The lower court, after a bench trial, ruled in favor of the defendants, finding that the plaintiffs did not meet their burden of proof, meaning they did not present enough evidence to prove liability. The question before the appeals court was whether the lack of external evidence prevented the court from effectively weighing the parties’ testimony. In other words, could the lower court have decided differently, based on the evidence?

The appeals court stated the rule that they cannot set aside a trial court’s finding unless there is manifest error, or it is clearly wrong. In the case of a conflict in testimony, reasonable evaluations of credibility and inferences drawn by the lower court should not be disturbed upon review.

In this case, the plaintiff driver testified that he came to a complete stop at the stop sign and that he saw the other vehicle slow as it approached the stop sign. He stated that he collided with the vehicle as he pulled forward through the intersection.

Louisiana law requires that all cars approaching a stop sign must stop before entering the intersection.  After stopping, drivers must yield the right of way to all vehicles entering from another highway, or that are approaching so closely as to present an immediate hazard.

While both parties claimed they abided by the statute, Louisiana law also requires that the driver of the vehicle on the left shall yield the right of way to the vehicle on the right. In this case, the driver on the left was the plaintiff. Assuming both vehicles approached and stopped at the sign approximately at the same time, it was the plaintiff’s duty to yield to the defendant.

The appeals court noted that in reviewing the evidence, the lower court did not find the passengers’ testimony helpful and particularly noted the significance of the police officer failing to issue any citations. The lower court held that the plaintiffs did not produce evidence to prove their case by a preponderance of the evidence.

The appeals court did not find the lower court’s ruling to be manifestly erroneous, based on the evidence presented. The decision of the trial court was affirmed.

At the Lavis Law Firm – Personal Injury & Accident Attorney, we aggressively and competently represent injured victims of car accidents and help secure compensation from auto insurance companies. Contact our office today for a free case evaluation by using our online form or by calling toll-free at 1-866-558-9151.