A recent case before the Louisiana Court of Appeal, Second Circuit, underlines the hazards presented by a slow driver, particularly on an interstate highway. 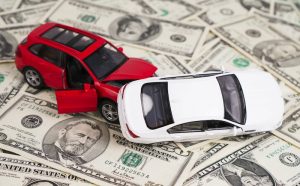 The plaintiff, Barbara Jewitt, brought a personal injury action against the defendant, Norma Alvarez. The trial court held that Ms. Alvarez was 100% at fault in causing the accident and awarded damages for $21,209.61.

The facts show that this three-car accident took place on Interstate 20 in West Monroe, Louisiana. Ms. Alvarez drove a vehicle owned by her husband, defendant Julio Esparza. During trial, the parties stipulated that Ms. Alvarez was a permissive user of Mr. Esparza’s vehicle.  Defendant Hazel Lee collided with Ms. Alvarez, rear-ending her vehicle. A few seconds later, Ms. Jewitt rear-ended Ms. Lee. Jacob May, a West Monroe police officer, witnessed the collisions and issued a citation to Ms. Alvarez for careless operation of the vehicle.

According to Officer May, Ms. Alvarez appeared to have nearly stopped in her lane of travel and was not traveling as fast as the other vehicles on the Interstate. He stated his opinion that her slow speed caused the accident, but on cross-examination he admitted he did not have a specific speed estimate for Ms. Alvarez’s vehicle.

The plaintiff, Ms. Jewitt, testified that she attempted to change lanes, and when she looked ahead she noticed that the vehicle in front of her had stopped. She hit her brakes but collided with the vehicle. She stated she did not see Ms. Alvarez’s vehicle before rear-ending Ms. Lee.

The trial court stated that in this particular case, Ms. Alvarez’s low rate of speed created a hazard. While the plaintiff tried to change lanes, the court stated that because Ms. Alvarez was basically at an almost stop on the interstate there was nothing that Ms. Jewitt could have done to avoid the accident.

Ms. Alvarez and US Agencies appealed the ruling. Ms. Alvarez contended that the trial court erred in finding her solely liable for the accident because she was driving too slowly. She argued that the presumption of negligence should apply against the following motorists, who were either speeding or not paying attention.

The court stated the rule that a driver in a following motor vehicle must maintain a safe distance from the preceding vehicle. While there is a presumption of negligence in a rear-end collision, the motorist that was following the preceding vehicle can escape their liability by showing that the preceding driver created a sudden emergency that could not have been reasonably anticipated.

The court quoted the sudden emergency doctrine, which states that an individual in a position without time to think is not guilty of negligence if he chooses a position that later turns out not to be a better method.

On appeal, the court stated that they may not set aside the trial court’s finding in the absence of manifest error, or unless it was clearly wrong.   Here, Ms. Alvarez was found to be 100% at fault in causing the accident.

Officer May testified that Ms. Alvarez operated her vehicle at a low speed, and it appeared she nearly stopped. The plaintiff stated that she saw Lee’s vehicle had stopped and attempted to get around the vehicle but was prevented by traffic.

Based on the record, the appellate court held that the trial court did not err when they assessed the credibility of witnesses and concluded Ms. Alvarez was solely at fault.

The court affirmed the judgment in favor of Ms. Jewitt and awarded the costs of the appeal to the defendants, Ms. Alvarez and US Agencies Casualty Insurance Company.

At Lavis Law, we represent clients in insurance disputes, including those related to automobile insurance claims. We provide a free consultation and can be reached by calling 866.558.9151.