In a recent decision, the Third Circuit Court of Appeal reviewed the Louisiana Workers’ Compensation Act and determined that an employee’s injury suffered while parking for her shift in her employer’s parking lot arose out of and in the course of employment. The appeals court affirmed the lower court’s judgment and awarded attorney fees for the costs of the appeal. 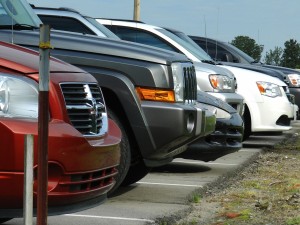 In this case, the employee, Ms. Theriot, arrived in her employer’s parking lot and searched for a parking space, since she was scheduled to work. A vehicle driven by another employee struck her, and the collision resulted in a neck injury.

A doctor recommended cervical surgery, and Ms. Theriot filed a disputed claim for compensation, alleging that her employer had not authorized the surgery. She also sough penalties and attorney fees for her employer’s alleged arbitrary and capricious failure to approve the neck surgery.

During the trial, the issue was whether Ms. Theriot’s accident arose out of and occurred in the course of her employment, and whether the recommended cervical surgery was reasonable and necessary. The parties stipulated, or agreed, to the amounts awarded for penalties and fees. They also agreed that the injuries were caused by the accident, that the surgery was related to the accident, and that the Medical Director identified that the surgery meets medical treatment guidelines.

The Workers’ Compensation Judge found that Ms. Theriot was entitled to the surgery and ordered that the defendant pay $2,000 in penalties and $5,000 in attorney fees. He found that she was in the course and scope of her employment at the time of the accident, that the neck surgery recommended is reasonable and necessary, and that the need for the surgery is causally related to the workplace accident. The employer appealed.

On appeal, the employer argued that the Workers’ Compensation Judge erred in holding that Ms. Theriot suffered an accident arising out of and in the course of her employment.

The court cited the rule that an employee is entitled to compensation benefits if he or she is injured in an accident arising out of and in the course of employment. It is the time and place relationship between the injury and employment that is significant. “In the course of employment” means that the employee is actively engaged in the performance of his or her duties during work hours, either on the employer’s premises or other places where work activities take the employee.

The court also cited the “going and coming rule” that generally injuries sustained by an employee while traveling to and from work are not considered to have occurred within the course of employment, and they are not compensable under the Workers’ Compensation Act.   This rule is based on the theory that the employment relationship is suspended form the time the employee leaves work to go home until he or she resumes work.

The “going-and-coming rule” has exceptions, including if the accident occurred on the employer’s premises. And the court held the Louisiana Workers’ Compensation Act is to be liberally construed, or interpreted, in favor of the injured employee.

The court referred to another case in which an employee was injured after completing his shift and driving his vehicle out of the parking lot.  A pipe gate propelled through his windshield, injuring him. There, the court upheld the conclusion by the Workers’ Compensation Judge that the accident happened on the employer’s premises, and it arose out of and in the course of employment.

In the present case, the court found no error in the Workers’ Compensation Judge’s finding that Ms. Theriot’s accident occurred on the employer’s premises. In reviewing the facts, the court noted that Ms. Theriot had arrived at work when the accident occurred. She was neither going nor coming, but was on the employer’s premises. The parking conditions were complex and unique. In the process of parking in the location her supervisors directed her to park, she was struck by another vehicle.

The court held that the testimony and evidence supported the Workers’ Compensation Judge’s finding that Ms. Theriot’s accident arose out of and was in the course of her employment.

At the Lavis Law Firm, we represent injured employees seeking to recover for their injuries under Louisiana workers’ compensation laws.  Submit your case evaluation today online, or call toll-free at 1-866-558-9151

Laws to Help Louisiana Homeowners with Insurance Figure Out How Insurers Determine What They Charge, Louisiana Insurance Lawyer Blog, July 1, 2014