In a recent case before the Louisiana First Circuit Court of Appeal, the court addressed the issue of insurance coverage following an automobile accident. The court turned to the standard judicial interpretation of insurance contracts with the purpose of determining the intent of the parties to the contract.  If the wording in the policy is clear and unambiguous, the contract is to be enforced as written. 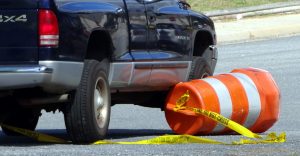 The facts demonstrated that Gary Michael Brown worked for J&J Diving Corporation, and he was driving an employer-owned truck when he collided with a St. Tammany Parish Sheriff’s Department cruiser driven by Deputy Scott Jarred.  Mr. Brown’s girlfriend was in the vehicle with him, and he had alcohol on his breath. At the time of the accident, he had been driving on a personal errand and was not using the company truck in connection with J&J operations.

Following the accident, Mr. Jarred brought a lawsuit against Mr. Brown, J&J, and Progressive Insurance, their primary insurance company. Mr. Jarred then amended his petition for damages to include two other insurance companies (“Underwriters”) that provided an excess liability policy in favor of J&J. Mr. Jarred signed a Gasquet release, settling his claims against J&J, Mr. Brown, and Progressive Insurance Company.  He reserved his claims against any umbrella or excess insurance policies.

Underwriters moved for summary judgment on the grounds that the policy issued to J&J did not cover the automobile accident because it was not related to commercial diving contractor operations.  They contended that the policy solely covered commercial diving contractor operations. Mr. Jarred opposed the motion and contended that the word “contractor” within the policy expanded coverage and followed the form of the automobile policy that covered Mr. Brown. The trial court granted the summary judgment motion in favor of Mr. Jarred, denying Underwriters’ motion.  Underwriters appealed.

Underwriters argued that at the time of the accident, Mr. Brown was not engaged in commercial diving operations, and therefore there was no coverage according to the terms of the policy.  The court turned to the policy and stated the wording is clear and unambiguous.  It therefore must be enforced as written. Since coverage is limited to J&J’s operations as a “commercial diving contractor,” the question is whether Mr. Brown was involved in those operations at the time of the accident.

On the night of the accident, Mr. Brown was not using the J&J truck in connection to any work-related J&J operations.  Mr. Brown had alcohol in his system, and J&J did not allow drinking during work hours. Mr. Brown had been driving after hours, and his girlfriend was in the vehicle with him. Here, the policy did not extend to cover an employee’s personal errands run after hours.  The court found no ambiguity in the policy. Mr. Brown’s personal errands did not fall within J&J’s commercial diving contractor operations.

Car insurance lawsuits present unique issues of contract interpretation and negotiation. At Lavis Law, we bring years of legal experience to our client representation and provide a free consultation.  We can be reached by calling 866.558.9151.