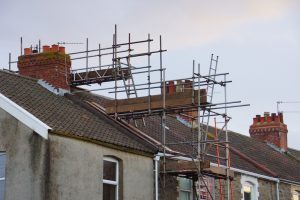 In a recent workers’ compensation case before the Third Circuit Court of Appeal, the court reviewed whether the employer/employee relationship extends past the principal and contractor level. The policy implications of extending the statutory employer doctrine are complex, especially since employers are protected from tort immunity by the workers’ compensation statutes.

This case involved an industrial accident, which injured Mr. Tony Berard. He and his wife brought a personal injury lawsuit against the defendants to recover damages for their injuries.  One defendant, Shilling Acquisitions, Inc., appealed the trial court’s grant of summary judgment and dismissal of another defendant, The Lemoine Company, LLC.

Mr. Berard fell through a skylight while he was working on a building, sustaining severe personal injuries. Schilling Acquisitions, Inc. owned the building, and Mr. Berard sued Schilling Acquisitions, Inc., as well as The Lemoine Company.  He had contracted for repair and renovation of the building with The Lemoine Company.  Mr. Berard amended his petititon to add Mrs. Berard as a plaintiff.

The Lemoine Company filed a motion for summary judgment, on the grounds that it employed Mr. Berard, and its sole responsibility to him is under the Louisiana Workers’ Compensation Act. The trial court granted this summary judgment motion, dismissing the company as a party defendant. Both the Berards and Schilling Acquisitions, Inc. appealed.

The details of this case demonstrate that Schilling Acquisitions owned the building in which Mr. Berard was injured. Schilling Acquisitions contracted with The Lemoine Company to have them repair the roof of the building. Then, the Lemoine Company subcontracted with another company, Vaughan Roofing, to have them perform a section of the repair work. Vaughan Roofing entered into another subcontract, and Mr. Berard fell through the skylight while working with the roofing crew of this subcontractor company.

The Lemoine Company claimed the statutory employer status under the Louisiana Workers’ Compensation Act.  The language of the statute makes clear that unless an intentional act is committed, the remedies provided to a worker are exclusive of other rights and remedies against his employer, or any principal of the employer. The exclusivity of this remedy applies to all other claims, including those that might arise against his employer or any principal.

The court looked to the contract between Vaughn and the subcontractor. The subcontractor is recognized as an independent contractor. But this status does not preclude Mr. Berard from being considered an employee of The Lemoine Company. The court stated that the contract does not change the statutory employer/employee relationship created by law.