In a recent case before the Louisiana Court of Appeal, Second Circuit, the court clarified the requirements of a Louisiana worker’s compensation claim. To fall under the purview of worker’s compensation, an employee must suffer an injury in the course of their employment and arising out of their employment.   At issue in this case is whether an individual injured while walking to her car at the end of her shift is to be compensated under workers’ compensation. 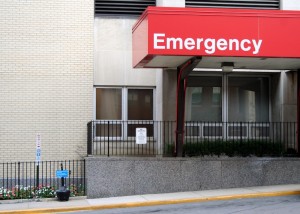 Sheila Maxwell worked as a caregiver for the defendant, Care Solutions, Inc. She worked with aged or disabled clients in their homes, assisting them with household living activities such as bathing and cooking. On the date of the incident, Ms. Maxwell worked her usual 8:00 a.m. to 5:00 p.m. hours. Shortly after 5:00 p.m., her client complained of difficulty breathing and chest pains. Following protocol set forth by the defendant, Ms. Maxwell called a Care Solutions nurse for instructions. She then called 911, followed instructions, and accompanied her client to the hospital.

Ms. Maxwell remained with her client until he was admitted to the hospital at around 10:00 p.m.  While walking to her car after attending to a client in the Glenwood Regional Medical Center in West Monroe, Louisiana, she was attacked in the hospital parking lot. She was severely beaten by an unknown assailant.   She has not worked since the incident.

Ms. Maxwell filed a disputed claim for workers’ compensation. The Workers’ Compensation Judge (WCJ) held that a compensable accident took place and that Ms. Maxwell was entitled to medical benefits, but due to the lack of a medical opinion showing she was unable to work, she was not entitled to an award of temporary total disability benefits. Ms. Maxwell filed a motion to modify the judgment or grant a new trial, which was denied. The defendant appealed the WCJ’s judgment.

In their analysis, the court stated Louisiana law requires a claimant for worker’s compensation benefits to establish that they sustained a personal injury because of an accident arising out of and in the course of their employment.  These are two separate requirements but are interdependent concepts that help determine if the injury is sufficiently related to employment to qualify for workers’ compensation coverage.

The court explained that “the course of employment” includes an employee sustaining an injury while actively engaged in their duties, during working hours.  The employee may be on the employer’s premises or at another place where employment activities take the employee.

Here, the court rejected the defendant’s allegation that the claimant volunteered to accompany her client to the hospital, and as a result her injuries were not covered by workers’ compensation. The evidence shows that Ms. Maxwell attended to her client at the medical center, at the direction of her employer, Care Solutions.  This request that Ms. Maxwell accompany the client could also be seen as a “special mission,” which is an exception to the “going and coming” rule that covers employees who are on a special mission.

Ms. Maxwell was specifically engaged in duties required of a nurse on the defendant’s staff, and it was irrelevant that she may have been off duty when with her client. The court stated that the critical fact here is that Ms. Maxwell accompanied her client because a staff member of Care Solutions instructed her to do so. Abiding by the instructions, when Ms. Maxwell’s client had been admitted to the hospital, Ms. Maxwell walked to her vehicle and was attacked. The court concluded that she was unquestionably in the course of her employment with the defendant when she was injured.

Here, Ms. Maxwell suffered an attack after 10:00 p.m. while walking to the car in the parking lot of the hospital. Her normal work day is 8:00 a.m. to 5:00 p.m. and the location of her work is her client’s home, as assigned on a particular day. She would not have been in the hospital parking lot but for her employer’s instructions. The court stated that her injuries clearly arose out of her employment with the defendant, and the WCJ did not err in finding the accident covered by workers’ compensation.

Regarding the award of indemnity benefits, the WCJ did not award benefits on the basis that there was a lack of medical evidence. The lower court stated that the medical opinion did not show Ms. Maxwell was temporarily and totally disabled, and unable to work.  Here, the appellate court stated Ms. Maxwell was unable to establish whether she was disabled and entitled to disability benefits, since she did not have medical treatment other than one emergency room visit and a few doctor’s appointments. Penalizing Ms. Maxwell and not the employer who denied her the opportunity for treatment and prevented her from obtaining evidence to show her disability goes against the goals of Louisiana workers’ compensation laws. The laws serve to provide injured workers with prompt medical attention.

The power to remand a case for the introduction of additional evidence is used sparingly. A remand is appropriate if it would affect the outcome of the case. Here, the trial testimony demonstrated that Ms. Maxwell suffered severe damages from the assault in the hospital parking lot. If additional evidence were introduced, it would affect the outcome of the case and prevent a grave injustice. The court also stated that the WCJ could have held the record open for Ms. Maxwell to obtain the treatment and then continue the hearing. The court reversed the portion of the WCJ judgment that denied the temporary total disability benefits to Ms. Maxwell and remanded for evidence on the issue of her disability. The WCJ was affirmed in other respects.

At Lavis Law, our work injury lawyers protect the rights of Louisiana employees, helping them seek compensation for their claims.  We provide a free consultation and can be reached by calling 866.558.9151.