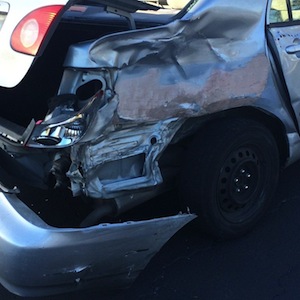 In a recent decision, the Louisiana Court of Appeal, Second Circuit, reviewed a judgment concerning limitations on rights to reimbursement for workers’ compensation benefits in an personal injury lawsuit.

The facts of this case involve a rear-end collision. Scheresa Byrd was driving her personal vehicle while working and was hit by Rosa Gilligan. Ms. Gilligan had insurance through Geico, and Ms. Byrd did not have the minimum compulsory vehicle liability insurance required by Louisiana law.

Geico moved for summary judgment under the “no pay, no play” statute, barring recovery of the first $15,000 of damages because Ms. Byrd did not carry liability insurance. The trial court granted Geico’s motions for summary judgment, and LWCC appealed.

The appeals court stated that on review of the summary judgment motion, they are to assess whether there is a genuine issue of material fact.

In granting Geico’s motion, the trial court found that LCWW was a subrogee of Byrd, and as such it was precluded from recovering the first $15,000 of her bodily injury claims. Byrd was in violation of the law requiring her to own or maintain liability insurance.

The court affirmed the summary judgment in favor of Geico. LWCC argued on appeal that the trial court erred in holding it was the “subrogee” of Byrd and precluded from recovering the first $15,000. Second, they argued that the application of the “no pay, no play” defense was improper, since LWCC neither owned nor operated the subject vehicle.

The law stating the right to reimbursement for workers’ compensation benefits makes clear that recovery is identical to the recovery of the employee against the third party.  Here, Byrd’s right to recovery was limited because Louisiana law provides that failing to own or maintain compulsory motor vehicle insurance prevents recovery of the first $15,000 of bodily injury.

The court stated that they agree the statute limits the LWCC’s recovery to the amount that Ms. Gilligan and her insurer are liable to Ms. Byrd. The statute only allows recovery that is identical to that of the employee. Geico’s legal liability to pay damages for this accident is limited, such that they are to pay the amount in excess of $15,000 for Ms. Byrd’s personal injuries. But since Ms. Byrd cannot recover the first $15,000, LWCC cannot recover it either.

The LWCC argues that the Louisiana Legislature did not foresee a scenario like this, in which a workers’ compensation insurer is denied recovery. They argue that as an innocent third party, they are penalized. The court here responded that they have an independent cause of action against Geico. Workers’ compensation insurers, like guest passengers, were not made exempt from the limitation of recovery under Louisiana law. Instead, the “no pay, no play” law limits the recovery of payments made by any insurer to amounts in excess of $15,000 of bodily injury.

The court in this case strictly construed the language of Louisiana law concerning the recovery of payments for bodily injury insurance recovery.  At The Lavis Law Firm – Personal Injury & Accident Attorney, we help clients understand their rights and obligations concerning insurance law. Contact our office for a free, confidential consultation at 866-558-9151.

Louisiana Appeals Court Finds a Lien Holder of an Uninsured Motor Vehicle is Barred from Recovery by the No Pay, No Play Law, Louisiana Insurance Lawyer Blog, July 14, 2015