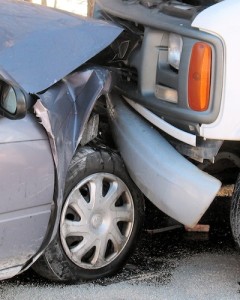 In a recent case, the Fifth Circuit Court of Appeal held that the evidence in this case stemming from a vehicle collision did not overwhelmingly point in favor of the moving party, here the plaintiff.

This personal injury action centers on a vehicle collision in which the plaintiff, Andre Stevenson, alleges his stopped vehicle was struck by another vehicle.  Mr. Stevenson contends that the defendant, Sandra Serth, ran a red light and hit a Nissan Maxima, and the Maxima struck Mr. Stevenson’s vehicle. As a result of the collision, Mr. Stevenson claims he suffered neck and back injuries.

Mr. Stevenson timely filed suit against Ms. Serth and her insurance company for negligence.  At trial, Mr. Stevenson submitted medical records and the depositions of a treating physician in support of his damages. The defense called a neurosurgery expert to the stand, and he stated his finding that the injuries to Mr. Stevenson were degenerative and likely occurred over time, not in one traumatic incident.

The jury deliberated briefly and returned a verdict in favor of Ms. Serth. While the jury found Ms. Serth negligent, they did not find that her conduct caused injury to Mr. Stevenson.  The trial judge signed a judgment, dismissing Mr. Stevenson’s case with prejudice.

Mr. Stevenson then filed a Motion and Order for Judgment Notwithstanding the Verdict (JNOV), or alternatively, for a New Trial. He argued that the jury’s verdict is clearly contrary to the law and evidence presented. The trial judge denied the motion, and Mr. Stevenson appeals this judgment, claiming the jury erred in finding he did not suffer injuries as a result of the accident. The insurance company answered the appeal, arguing the jury erred in their finding that Ms. Serth had been negligent.

On appeal, Mr. Stevenson alleged the trial court abused its discretion when it denied his motion for JNOV or alternatively for a new trial. He claims the evidence supported his claims that as a result of the accident, he suffered personal injuries. He also asserts that the jury should have applied the Housely presumption, which is a presumption that if an injured person was formerly in good health, and after the accident a disabling condition manifests, there is a presumption that this medical condition resulted from the accident.

Mr. Stevenson argued the Housely presumption applied because he testified that he suffered no back or neck pain prior to the accident, but he had been suffering substantial and disabling pain after the accident.  He also claimed that the insurance company did not rebut the presumption that the accident caused his injuries.

In response, the insurer contended that Mr. Stevenson was not entitled to the Housely presumption.  He had not proven he has a disabling condition that manifested after the accident. Furthermore, the insurance company argued there was little evidence to support Mr. Stevenson’s complaints of neck and back pain since the accident. They claim that Mr. Stevenson failed to provide objective evidence of any injury to his neck or back, that he did not receive treatment for extended months at a time, and that he did not provide witnesses to corroborate his subjective complaints of pain.

On appeal the court reviewed the standard for granting a JNOV, stating that the evidence must strongly and overwhelmingly point in favor of the moving party, such that reasonable persons could not reach different conclusions.  The appellate court must determine whether the trial court erred in their ruling by using the same criteria applied by the trial court to decide whether or not the motion should be granted.

In a personal injury lawsuit, the plaintiff must prove a causal connection between the accident and the injuries. The rule is that the medical testimony must show it was more probable than not that the resulting injuries were caused by the accident.

The appellate court reviewed the evidence submitted to the jury. In this case, Mr. Stevenson presented testimony that he did not suffer pain before the accident but suffers substantial neck and back pain since the accident. Medical records, including a doctor’s report that he has two bulging discs in his neck, and another report that he has a small tear in his back, were submitted.  Two depositions were also admitted into evidence but not read to the jury. The defense relied on the testimony of a neurosurgeon, in support of the defense position that Mr. Stevenson did not suffer injuries as a result of the vehicle accident. Instead, the testimony included the doctor’s statements that the injuries were degenerative and insignificant.

Since reasonable persons could reach different conclusions about whether Mr. Stevenson’s injuries were caused by the accident, the appellate court found no abuse of discretion in the denial of Mr. Stevenson’s motion for JNOV, or alternatively for a new trial.

The court affirmed the trial court’s judgment, denying Mr. Stevenson’s motion for JNOV, or alternatively for a new trial.

At the Lavis Law Firm – Personal Injury & Accident Attorney, we represent clients in insurance disputes.  Contact our office at 866-558-9151 for a free consultation.

Louisiana Appeals Court Finds a Lien Holder of an Uninsured Motor Vehicle is Barred from Recovery by the No Pay, No Play Law, Louisiana Insurance Lawyer Blog, July 14, 2015