In a recent case before the Third Circuit Court of Appeal, the issue was whether the injured individual, directly employed by a subcontractor, was in fact an employee and barred from bringing a lawsuit against the company that employed his direct employer.  Garred and Megan Whotte filed a lawsuit against International Paper Company (IPCO) for Mr. Whotte’s injuries suffered in an industrial accident. After IPCO moved for summary judgment, the trial court granted the motion and held that IPCO was immune from a lawsuit in tort because Mr. Whotte was a statutory employee under the Louisiana Workers’ Compensation Act. 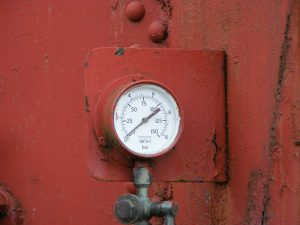 The incident at issue in this case involved repairs made to a recovery boiler used to capture paper by-products. IPCO conducts maintenance work on the boiler, and Mr. Whotte was an employee of an IPCO subcontractor hired to complete the maintenance work. While working near the boiler, he experienced a burning sensation in his feet, and he was transported to the emergency room for treatment of the resulting chemical burns on his feet and ankles.

Mr. Whotte and his wife sought damages and loss of consortium against IPCO. IPCO alleged that under the Louisiana Workers’ Compensation Act, it was immune from tort liability. A contract existed between Mr. Whotte’s direct employer and IPCO, identifying IPCO as Mr. Whotte’s statutory employer.

The trial court found that at the time of the accident, Mr. Whotte was a statutory employee of IPCO. The court dismissed the Whottes’ claims with prejudice.

On appeal, the Whottes alleged that the trial court erred in granting IPCO’s motion for summary judgment because the contract on which the company relied to establish IPCO as a statutory employer violated the Louisiana Workers’ Compensation Act.

The appellate court noted the exclusivity of the Louisiana Workers’ Compensation Act.   The court also stated that the reason for the legislative creation of the statutory employer doctrine included a compromise between employers and employees. In this case, for IPCO to be Mr. Whotte’s statutory employer, IPCO would be deemed the “principal,” and Mr. Whotte’s “immediate employer” would be the company that subcontracted with IPCO.

To overcome the presumption that IPCO was Mr. Whotte’s statutory employer, the work must not be an integral part of or essential to the ability of the principal to generate their goods or services. In other words, to defeat IPCO’s summary judgment motion, Mr. Whotte would need to show that his work had no connection to IPCO’s business. Here, Mr. Whotte’s essential duties centered on the boiler, which fueled the IPCO plant.

In sum, there was no evidence presented in opposition to IPCO’s motion for summary judgment that would be sufficient to overcome the presumption that Mr. Whotte’s statutory employer was IPCO.