In a recent case before the Louisiana Fourth Circuit Court of Appeal, the court reviewed a judgment dismissing an injured worker’s claim for compensation on the grounds that he had sought federal disability compensation through the Longshore and Harbor Workers’ Compensation Act. 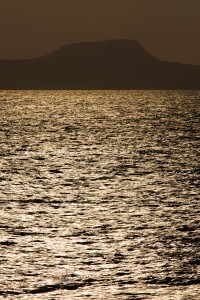 In this case, Shawn Johnson appealed a judgment that dismissed his claim for state compensation benefits under the Louisiana Workers’ Compensation Act, with prejudice. Mr. Johnson worked as a mechanic for the Wood Group. While working on a boat, he was injured. The boat was involved in a collision as it traveled in Grand Pass, a waterway cutting from the Mississippi River to the Gulf of Mexico.

Procedurally, the Workers’ Compensation Judge determined that the LWCA did not cover Mr. Johnson’s claim. She stated that there was no concurrent jurisdiction and that a federal compensation statute precludes bringing a case under state compensation laws. She dismissed Mr. Johnson’s LWCA claim, with prejudice.

Louisiana law provides that if disability compensation is paid to an employee under one of the federal acts, including the Federal Employer’s Liability Act, the LHWCA, or the Jones Act, state compensation cannot be paid. They are exclusive remedies.

To receive benefits under the LHWCA, the injured worker must meet a two-part status and situs standard.  Situs refers to the place, and the requirement is that the worker was injured on navigable U.S. waters. The status test requires that the accident has occurred while the worker was engaged in the course of his employment, on navigable waters, and that his presence on the water is neither transient nor fortuitous.

Here, the parties did not strongly disagree on the fact that the accident occurred on navigable U.S. waters. The disagreement rested on whether the evidence showed that Mr. Johnson satisfied the “status” test to qualify for benefits under the LHWCA. In other words, was his employment sufficiently maritime-related?

Mr. Johnson argued that the Workers’ Compensation Judge erred in holding that the LHWCA covered his claim and that the defendants met their burden of establishing his claim satisfied the “status” and “situs” tests. The court stated that the Judge did not find that his claim was covered or met the test. The Workers’ Compensation Judge limited her ruling to a finding that the LHWCA did not cover Mr. Johnson’s claim. Finally, Mr. Johnson argued that should a federal court find that he is not entitled to benefits under the LHWCA claim, he would not be able to secure a remedy because his LWCA claim was dismissed with prejudice.

The appellate court stated that the Workers’ Compensation Judge abused the discretion of the trial court when dismissing Mr. Johnson’s claim before a final determination had been rendered that he was eligible to receive federal compensation benefits. The court vacated the judgment and remanded to the Office of Workers’ Compensation. They provided instructions to wait to hear Mr. Johnson’s case until a judgment is given regarding whether Mr. Johnson is eligible for benefits under the LHWCA.

At Lavis Law, we provide guidance and representation to injured workers seeking benefits workers’ compensation benefits. Contact our office for a free consultation by calling 866.558.9151.