Louisiana Appeals Court Reverses Award in Favor of Defendant, Finding that Both Parties were Equally at Fault in Intersection Collision

The Louisiana Court of Appeal, Second Circuit, recently overturned a lower court judgment in favor of the defendant in a lawsuit stemming from a car accident.  The plaintiffs in this case had appealed the judgment, contending that liability for the collision solely rested with the defendant. The appellate court reviewed the testimony and evidence, finding that both parties were in fact negligent. 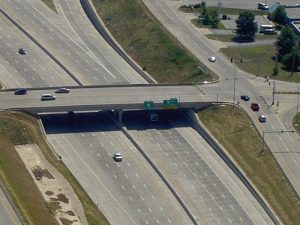 In the morning, before school, Courtney Smart and her passenger, Michele Holman were on their way to school.  Courtney had received her driver’s license just one month prior. Rita Calhoun, age 69, was driving to work. The two vehicles were involved in a car accident on Highway 165 South.  On a green light, Ms. Calhoun turned left onto the highway, while Ms. Smart turned right onto the highway.  The cars turned from opposite sides of the highway, and the collision damaged the driver side rear quarter of Ms. Smart’s vehicle, as well as the passenger lower corner of Ms. Calhoun’s vehicle.

Lisa and Roosevelt Smart, Courtney’s father, as well as Michele’s father, Mikel Holman, brought a lawsuit against Ms. Calhoun and her insurer, State Farm Mutual Automobile Insurance Company. They alleged Courtney had turned right onto the highway when Ms. Calhoun turned left without yielding the right of way, hitting Courtney’s vehicle.  Ms. Calhoun denied the allegations and alleged Courtney was at fault.

Plaintiffs then filed a motion for partial summary judgment, on Ms. Calhoun’s liability.  They alleged that Ms. Calhoun alone was at fault for causing the accident.  Ms. Calhoun moved to dismiss plaintiffs’ claims, contending that her left turn was complete and Courtney collided with her. The trial court denied both motions and the matter proceeded to a bench trial.

The trial court heard testimony from both Ms. Calhoun and Courtney, as well as Michele and a police officer who had responded to the scene.  He stated that both drivers provided conflicting versions of the incident.  The trial court dismissed the plaintiffs’ claims, ruling in favor of Ms. Calhoun. The judge found that because Courtney had turned in to the left lane when she made her right turn, she caused the accident.

The appellate court stated that the trial court based their decision on the damage, finding that if Ms. Calhoun had caused the accident, damage would have been seen on the back of Courtney’s vehicle. The plaintiffs appealed the denial of their summary judgment motion and the judgment in favor of defendants.

On appeal, the court rejected the plaintiffs’ contention that the lower court should not have considered Ms. Calhoun’s evidence in support of her own motion for summary judgment. The appellate court stated both motions put the issue of fault before the trial court.

The appellate court also stated that the plaintiffs did not meet their burden of showing a lack of a genuine issue of material fact and that they were entitled to judgment as a matter of law on the issue of Ms. Calhoun’s fault. Genuine issues existed regarding how the accident occurred, and which driver was at fault.  Plaintiffs’ motion did not establish they were entitled to summary judgment on the issue of Ms. Calhoun’s fault and liability.

The court concluded that fault would be allocated evenly between Courtney Smart and Rita Calhoun for the accident.

Regarding the final judgment in favor of defendants, plaintiffs contended that the trial court erred in determining that the collision did not take place in the intersection, and was not caused by Ms. Calhoun. They also argued the trial court did not apply the statutory duties imposed on left turning motorists.

Here, the court stated both parties were turning on a green light.  The court reviewed Louisiana law concerning the duties of motorists turning on green lights. Left turning motorists must yield the right of way to vehicles approaching from other directions.

The law states that negligence is presumed on the part of a left-turning motorist, but they can be assessed with comparative fault if his conduct contributed to the cause of the accident.  The trial court found Ms. Calhoun’s testimony credible. However, the appellate court stated that it was confusing and contained contradictions.  Contrary to her initial testimony that she did not see Courtney’s vehicle before the collision, in totality her testimony established she did see Courtney’s vehicle at the intersection.  Courtney’s vehicle was so close to the intersection it would have been an immediate hazard when Ms. Calhoun was turning.

The appellate court stated it was manifest error for the trial court to hold Ms. Calhoun free from fault.  She had negligently turned left at the intersection ahead of Ms. Smart’s vehicle.  Because Ms. Calhoun was the left-turning driver, she had the burden of explaining how the accident took place, and that she was not negligent. She failed to meet this burden.

Ms. Smart’s actions violated the requirement that right-turning motorists must turn close to the right hand edge of the highway. The court stated that while Ms. Smart claimed that she did not see Ms. Calhoun’s vehicle, it was “unbelievable” considering the proximity of the collision in the intersection. Ms. Smart had not kept a proper lookout nor had she met her burden of ascertaining whether she could safely turn before proceeding.

The court concluded that both drivers had been negligent, and both had the opportunity to avoid the collision. Ms. Calhoun should have yielded to Ms. Smart’s vehicle and Ms. Smart should have seen Ms. Calhoun’s vehicle, and not executed a wide right turn into the left, inside lane. The court assessed comparative fault at 50 percent each.

At Lavis Law, our personal injury attorneys provide legal representation and advice to Louisiana car accident victims.  If you or a loved one has suffered injuries due to a negligent driver, contact our office for a free consultation. We can be reached by calling 866-558-9151 or using our online form.