In a recent case, the Louisiana Second Circuit Court of Appeal addressed an automobile insurer’s liability following a car accident. Under certain automobile insurance policies, coverage extends to the named driver and may be excluded for other individuals, including family members. The court also analyzed the applicability of the direct statute doctrine, which provides a method of recovery against the insurer in specific situations. 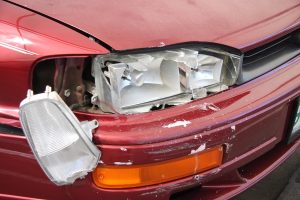 The original plaintiffs in this case, Jasine Hubbard and Shanedra Reed, sued Safeway Insurance Company and Naiman Carroll for damages resulting from injuries sustained in a two-vehicle accident.  Ms. Hubbard and Ms. Reed initially alleged that Ms. Carroll was driving one of the vehicles involved in the accident and that they had been passengers in this vehicle.  They claimed that Ms. Carroll’s insurer, Safeway, should be liable for their damages.  In answering the petition for damages, Safeway denied any fault or liability, and it affirmatively asserted that Ms. Hubbard was the non-permissive driver of the vehicle and that Ms. Carroll and Ms. Reed were the actual passengers.  Ms. Hubbard’s claim was dismissed following her failure to answer pre-trial discovery.  Ms. Hubbard was not named as a defendant.

Turning left with a Yellow signal

The trial court held that Ms. Hubbard’s negligence caused the accident.  They found Safeway liable to Ms. Reed for special damages resulting from the accident and general damages amounting to $10,000.00 plus interest.  Ms. Carroll and Safeway appealed the judgment, asserting three assignments of error as well as an exception of no right of action.

First, the appellate court reviewed the direct action statute, which provides that a direct action against an insurer may take place in certain circumstances, including when the insured is deceased, bankrupt, or insolvent.

Ms. Carroll and Safeway claim that they can only be liable for Ms. Hubbard’s fault and negligence if she was insured pursuant to their policy. Ms. Hubbard had been dismissed from the matter and was not named as a defendant. Safeway’s insured, Yulonda Carroll, owned the vehicle and is Ms. Carroll’s mother.  She was not made a party to the matter, and the insurance policy contained an exclusion of coverage for Ms. Carroll.

The appeals court stated that Ms. Reed had not produced evidence of Yulonda Carroll’s insolvency, or that she had been adjudged bankrupt, or any of the other enumerated circumstances under the direct action statute.

Mistakes made after the accident

In reviewing the trial court’s reasons for judgment, the appellate court noted that the lower court mistakenly named Naiman Carroll as the insured. Yulonda is the insured, and the policy contains an exclusion of coverage regarding Naiman.

The appellate court also stated that the record did not contain an accident report or photos of the intersection or vehicles. The trial court’s determination was based on Ms. Carroll’s testimony, which was held to be more reliable and stated that the accident was due to Ms. Hubbard’s negligence in failing to keep a proper lookout. Evidence surrounding the other driver and their actions was not presented.

Here, the appeals court sustained the peremptory exception of no right of action because the trial court had held Safeway liable for the fault of Ms. Hubbard erroneously, under the direct action statute.

Court Reverses and Action is Dismissed

The appellate court reversed and set aside the trial court judgment. The exception of no right of action was sustained, and the action against Safeway was dismissed.

The attorneys at Lavis Law help clients understand their rights and obligations with regard to insurance law. We offer a free initial consultation and can be reached at 866-558-9151.