In a workers’ compensation case before the Fifth Circuit Court of Appeal, the court reversed a judgment in favor of an injured employee.  The court addressed the employee’s alleged injuries and reviewed her medical records.  Specifically, the court found that all of the alleged injuries were not due to the work-related accident. 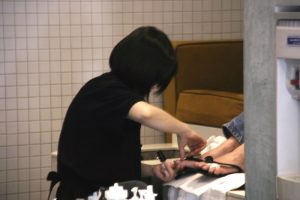 Phyliss Summers worked for the Ritz Carlton as a hairdresser, make-up artist, and nail technician. One day, after arriving early at work to perform a pedicure service, she slipped and fell on water that leaked from the pedicure tub. She filed a claim for compensation and then an amended claim. Following a trial, she was awarded temporary total disability benefits and supplemental earnings benefits.  The Ritz and Marriott Claims Service appealed.

The court stated the standard for all workers’ compensation cases. The employee must prove an accident occurred in the course and scope of employment, it caused their injury, and the injury caused a disability.   On appeal, the court applies a manifest error standard.

The court turned to the issue of whether Ms. Summers had established that she suffered a work-related accident. Testimony alone could satisfy her burden, provided no other evidence discredited her version of the accident, and the testimony was corroborated by circumstances following the accident.

The Ritz and Marriott Claims Service contended that Ms. Summers was suspended on May 3 and terminated for cause on May 16. Ms. Summers alleged that on March 3, after she fell, she reported to her manager that she had slipped, and she filled out a report with Loss Prevention. She saw a doctor the following day.

Next, the court addressed the necessary causal link between the accident and the injury. There is a rebuttable presumption that an employee’s disability resulted from an accident if before the accident the employee was in good heath, but beginning with the accident, disabling conditions appeared and manifested themselves. A pre-existing condition does not prevent workers’ compensation, since an employer takes its employee as it finds her.

Regarding Ms. Summers’ alleged head injury, the court reviewed the medical records and stated that she was entitled to the rebuttable presumption that her headaches were caused by the accident. The Claims Service was then required to rebut the presumption that it was more probable than not that her injury was due to the accident.  Here, there was no independent medical evidence that Ms. Summers’ headaches after March were related to this accident.

The appellate court found the Workers’ Compensation Judge had been manifestly erroneous in finding injuries to Ms. Summers’ lower back and left hip, as well as her left shoulder and her left knee. The court reviewed the medical records and determined that Ms. Summers failed to provide evidence in support of her claim of these specific injuries. Ms. Summers had not proven that all of her injuries were caused or aggravated by her work-related accident.

Regarding entitlement to temporary total disability benefits, the court stated the rule that a claimant must show, by clear and convincing evidence, their physical inability to work due to their injury. Here, Ms. Summers continued to work following her injury, and specifically, she worked the day of her alleged injury. Later, Ms. Summers claimed total disability, but the medical evidence failed to show her injuries were related to her work accident.

In their final assessment of the Workers’ Compensation Judge ruling, the appellate court reversed the finding that Ms. Summers was entitled to medical benefits and travel expenses for the treatment of other injuries or aggravated pre-existing conditions. The appeals court also reversed the award of penalties assessed against the Ritz for failing to provide payment.

At Lavis Law, our workers’ compensation attorneys provide legal guidance and advice to injured individuals in Louisiana. We offer a free consultation and can be reached by calling 866.558.9151.