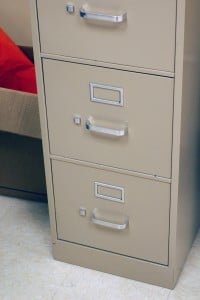 In a case before the Louisiana Third Circuit Court of Appeal, the court reviewed a judgment in favor of an injured employee amid allegations that she had made willful misstatements and misrepresentations.

Cecilia Rachal worked with Sam’s Club as an advantage coordinator, setting up appointments with different companies to sell Sam’s Club memberships. During a remodel of the store space she worked in, Ms. Rachal worked in a small temporary office space, with other coworkers. While walking between a coworker at her desk and a filing cabinet, Ms. Rachal fell. Following the fall, Ms. Rachal suffered pain in her head, neck, back, right hand, and both ankles. She was taken to a hospital and recommended to see Dr. Webb.

Dr. Webb determined that Ms. Rachal was unable to work, but upon a secondary visit one week later, he determined she could return to regular work duty. Ms. Rachal disagreed and hired an attorney, who filed a disputed claim for compensation. The next day, Ms. Rachal began to receive temporary total disability benefits. Her attorney referred her to an orthopedic surgeon, Dr. Gunderson.

The Workers’ Compensation Judge denied Wal-Mart’s claims for forfeiture of benefits, due to fraud under Louisiana law. The Judge determined that Ms. Rachal was entitled to supplemental earnings benefits, at a zero earning capacity. The WCJ also found that Dr. Gunderson’s recommended surgery was necessary.

Regarding forfeiture of benefits, Wal-Mart claims that the WCJ erred in failing to find that Ms. Rachal made willful misstatements and misrepresentations. According to Wal-Mart, Ms. Rachal’s trial and deposition testimony holds inconsistencies and misstatements.

Under Louisiana law, a claimant forfeits their workers’ compensation benefits when the employer shows (1) a false statement or representation, (2) willfully made (3) for the purpose of obtaining or defeating a benefit or payment. The statute is strictly construed, and the employer must prove each element of the statute. Since the determination of whether a false statement has been made is a question of fact, it is subject to the manifest error standard of review.

The court reviewed the allegation that Ms. Rachal was not forthcoming about other injuries, and it found that in fact she had been truthful about a fall she had at her home. Furthermore, Ms. Rachal had never denied her previous back problems prior to the accident at Sam’s. The appellate court found that there had not been anything of significance to justify forfeiture of Ms. Rachal’s workers’ compensation benefits. There was no manifest error in the WCJ determination that Wal-Mart did not establish she had forfeited her benefits.

Next, the appellate court reviewed the claim that the trial court erred in concluding that Ms. Rachal was entitled to supplemental benefit earnings based on a zero earning capacity. Wal-Mart claims that Ms. Rachal is able to return to work and that her ongoing work restrictions are not due to her accident, but to problems that existed before the accident.

Supplemental benefit earnings compensate an injured employee for lost wage earning capacity, as a result of an accident. If a work-related injury results in an inability to earn 90% or more of the pre-injury wage, that employee is entitled to SEBs. The burden is initially on the employee, and then it shifts to the employer, who must prove that the employee is physically capable of performing a certain job and that the job was offered to the employee, or available.

The appeals court stated that Dr. Gunderson’s testimony included his observation of a new level of disc herniation, not present before the accident. After the accident, Ms. Rachal was not able to work. Dr. Gunderson noted that Ms. Rachal is not capable of an eight-hour workday. Additionally, Ms. Rachal had testified that Sam’s or Wal-Mart had not offered her a job.

The court found no manifest error in the WCJ’s conclusion that the accident caused Ms. Rachal’s need for back surgery. The herniated disc, discovered after Ms. Rachal fell, caused pain in her legs. The combined evidence establishes that Ms. Rachal is not able to earn 90 percent of her wages, due to her limitations. Since Ms. Rachal met her burden, it shifts to Wal-Mart to establish she is physically able to perform a certain job that was offered or available to her. Wal-Mart did not provide such evidence. The appeals court therefore found the trial court correctly found that Ms. Rachal was entitled to SEBs.

The second assignment of error is that the trial court allowed three allegedly unpaid mileage reimbursement requests. The WCJ allowed the letters to be admitted into evidence, despite the fact they were disclosed the morning of trial. But a WCJ is not bound by the technical rules of evidence. Instead, a WCJ has discretion to conduct the trial in a manner that he or she decides is consistent with administering justice.   The appeals court found no error in the admission of the three mileage reimbursement requests.

Finally, Wal-Mart argued the award of $15,000.00 in attorney fees is unreasonably high, and the trial took one day. The WCJ has broad discretion, and the case has been ongoing since 2009. The appellate court noted that Ms. Rachal’s counsel gathered numerous exhibits and introduced them into evidence, and was successful on all issues. The court held there was no manifest error in the WCJ award of $15,000 of attorney fees.

The appellate court affirmed the judgment of the Office of Workers’ Compensation.

Injured workers may be able to recover compensation through Louisiana workers’ compensation. At the Lavis Law Firm, we help injured employees secure payments and compensation for their injuries.  Contact us at 866-558-9151 for a free initial consultation.