Workers’ compensation provides a remedy for injuries suffered in the course and scope of employment. Under Louisiana law, the injured employee must demonstrate that their injuries were caused by the work-related incident.  At trial, medical records and employment history may be presented as evidence of previous health issues. 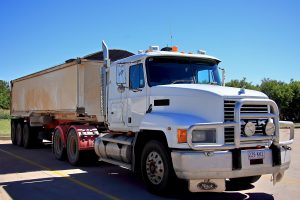 In an appeal, Wal-Mart Stores challenged a judgment by the workers’ compensation judge (WCJ) in favor of an employee, Mona LeBlanc.  Ms. LeBlanc was retroactively awarded temporary total weekly workers’ compensation indemnity benefits for her work-related injury.  On appeal, Wal-Mart alleged that Ms. LeBlanc’s injury was not causally related to her workplace incident.

The facts of this case indicate that Ms. LeBlanc had been checking the seal on an 18-wheeler truck when it suddenly backed up, striking the left side of her body and her knee.  The parties stipulated that she was in the course and scope of her employment with Wal-Mart at the time of the incident.   Ms. LeBlanc filed a disputed claim for compensation, alleging she was entitled to temporary total disability benefits and medical benefits, as well as penalties and attorney fees.

The Workers’ Compensation Judge found Ms. LeBlanc credible, despite the lack of consistency in the medical documentation regarding her complaints of neck and back pain.  The court found that she was entitled to temporary total weekly workers’ compensation indemnity benefits in the amount of $471.52 per week, with credit for workers’ compensation and wages previously paid.

On appeal, Wal-Mart contended that Ms. LeBlanc’s injuries to her neck and back were not related to the November 2, 2010 accident. They assigned other evidentiary errors and errors concerning the imposition of penalties and attorney fees by the Workers’ Compensation Judge against Wal-Mart.

The appellate court stated that under the manifest error standard, they must determine if the lower court’s conclusion was reasonable. Here, the appellate court stated that the testimony and demeanor of Ms. LeBlanc support a finding of her credibility.  The lower court’s ruling was supported by the records and the medical evidence, as well as the stipulated testimony of her co-workers and her law enforcement career prior to working at Wal-Mart.

Examining physicians found that Ms. LeBlanc’s injuries to her back and neck were related to the 18-wheeler accident.  Employment records for Ms. LeBlanc did not indicate problems with her neck or back before the accident.  Furthermore, Wal-Mart did not introduce evidence that she suffered back or neck complaints before or during her employment.  Finally, the examining physicians did not express a reason to doubt Ms. LeBlanc’s credibility.

Based on the record and determination before the lower court, the appellate court affirmed the Workers’ Compensation Judge’s ruling that Ms. LeBlanc’s injuries to her back and neck were causally related to the work incident with the 18-wheeler truck.

At Lavis Law, we help clients understand their rights and options under Louisiana workers’ compensation laws.  Contact our office for a free consultation by calling 866.558.9151 or using the online form.