Posted by charles on Monday, May 2nd, 2016 in Car Accidents, Personal Injury
no Comment.

Recently, the Louisiana Fourth Circuit Court of Appeal addressed a jury award in favor of a plaintiff injured in a motor vehicle accident.  The collision took place in an area under construction, and the jury found that the plaintiff was partially at fault for the accident.  After the jury awarded damages and 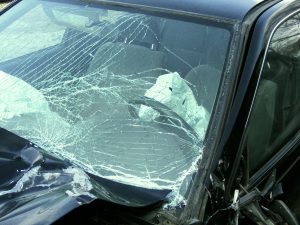 reduced the plaintiff’s award according to her percentage of fault, the plaintiff appealed, on the ground that the jury had erred in their finding of fault, as well as the amount of their award for her pain and suffering, as well as her wage loss.

A four-day jury trial took place, and the jury returned a verdict in favor of Ms. Hoang. They found her 15 percent at fault for the accident.  Defendant Dwight K. Thorton was 85 percent at fault.  Ms. Hoang was awarded $754,000, but this was reduced by 15 percent, resulting in a judgment of $640,000 in her favor against defendant Thorton and his insurance company.  The claims against Thorton Services, Inc. were dismissed with prejudice.  Since the primary insurance was not exhausted, the court also dismissed the uninsured/underinsured motorist carrier, State Farm Mutual Automobile Insurance Company.

Ms. Hoang contended that the jury erred in finding the comparative fault at 15 percent on her part, and in awarding her only $50,000 for past and future pain and suffering, and only $108,000 for future wage loss.  She appealed the dismissal of State Farm, the provider of the UM policy.

In their discussion, the court of appeal stated that allocating fault is not an exact science.  Instead, the jury allocates fault within a range. On appeal, the court examines whether the trier of fact’s apportionment of fault was clearly wrong. If so, the appellate court can adjust the award.

In this case, the jury heard testimony from Ms. Hoang, her neighbor, and Ms. Hoang’s expert.  The testimony stated that the area where the accident took place was dangerous because of construction and heavy traffic. Graphic evidence and photographs were shown to the jury.  The court of appeal stated that the jury could determine that Ms. Hoang should have used more caution when driving in that area. The court stated the jury was not clearly wrong in assessing Ms. Hoang 15 percent of the fault.

In reviewing the damages awards, the court stated that they apply the manifest error/clearly wrong standard.  At the time of trial, Ms. Hoang’s condition had improved, and while the accident caused cervical disc involvement, her treatment had been conservative.  She had been released to work, with some restrictions.

The jury awarded Ms. Hoang past lost wages ($406,000) and future lost wages ($108,000).  She was also awarded damages for past and future pain and suffering ($50,000), another $50,000 for past and future mental anguish, and $100,000 for loss of enjoyment of life.  While not all jurors agreed on all aspects of the award, they agreed on an award for each element of damages. The appellate court stated they did not find the award of damages clearly wrong.

Regarding Ms. Hoang’s contention that she should recover under State Farm’s UM policy, the court stated that since the tortfeasor’s liability policy was not exceeded by the jury’s verdict, Ms. Hoang was not entitled to recovery under that policy.  UM coverage is to provide full recovery for car accident victims who suffer damages caused by a tortfeasor lacking adequate liability insurance.  UM coverage is to serve as excess coverage. This means that a plaintiff can recover from a UM insurer only the part of his or her damages that exceed the limits of the tortfeasor’s liability insurance.

In the present case, the appellate court stated that State Farm would pay only if the judgment exceeded the $75,000 liability limits of Thorton Services, Inc.’s policy.  Ms. Hoang was awarded $640,900 by the trial court.  She settled for $725,000 and could not recover from the UM carrier because the underlying liability insurance policy had not been exhausted.

The court affirmed the jury’s award of damages and the trial court’s judgment dismissing Ms. Hoang’s claims against State Farm.

At Lavis Law, our personal injury attorneys provide legal representation and advice to Louisiana car accident victims.  If you or a loved one has suffered injuries due to a negligent driver, contact our office for a free consultation. We can be reached by calling 866-558-9151 or using our online form.