In a recent appeal, the Louisiana Fourth Circuit addressed whether an auto exclusion in an employer’s general liability insurance policy excluded coverage for an injured employee. Insurance policies explicitly state their coverage, and in a general liability policy, bodily injuries arising from car accidents are often excluded. The issue in this appeal was whether the truck was being “used,” according to the policy, while idling during a security inspection. 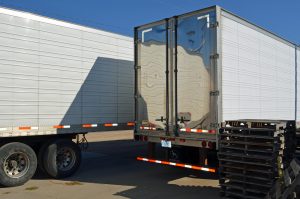 Scott Morrow brought a lawsuit against Wayne’s Vending Service, Inc. after an employee of Wayne’s closed the rear door of a delivery truck on him while Mr. Morrow was inspecting it. At the time of the accident, Mr. Morrow had been working as a security guard at an oil refinery located in St. Bernard Parish.

The insurance company for Wayne’s, American Empire Surplus Lines Insurance Company, moved for summary judgment based on the exclusion in its liability policy issued to Wayne’s.  The policy related to the “use” of an automobile.  The trial court granted American Empire’s motion and dismissed Mr. Morrow’s claims. Mr. Morrow appealed.

In this case, the court stated that the facts were not disputed. While a delivery truck stopped at the entrance to Murphy Oil Refinery, where Mr. Morrow worked as a security guard, Mr. Morrow began to inspect the inside of the truck. The truck engine was running during Mr. Morrow’s inspection.  The driver closed the rear roll-down door while Mr. Morrow was examining the cargo compartment of the truck, and Mr. Morrow was struck on his head or neck.

The insurance policy at issue in the case, bought by Wayne’s Vending from American Empire, covered bodily injury or property damage. The description of Wayne’s Vending includes “food sales and service.” The exclusion in the insurance policy included bodily injury arising from the ownership, use, or entrustment of any “auto” that was owned or operated by any insured. The term “use” included operating and loading/unloading.

Again, the issue was whether the truck was being “used” according to the policy, and therefore, whether Mr. Morrow was precluded from recovering under the policy. Mr. Morrow argued that the truck had not been in “use” when he was injured because it was not in motion, or in the process of being operated or loaded. He cited a Louisiana Fifth Circuit case in which the court held that an insurance company exclusion did not apply when the plaintiff in that case was injured by a truck’s shredding equipment located inside the truck while the truck was turned off.  There, the Fifth Circuit found that the insurance company’s auto exclusion did not apply because the shredding truck was not being used to transport or load people or cargo. Instead, the plaintiff was covered by the insurance policy because his injuries arose from shredding and recycling, the business activities set forth in the policy’s endorsement schedule.

The Fourth Circuit stated that when cars covered by car insurance policies are not used for ordinary purposes, such as transportation, but for business activities normally covered by a general liability policy, a general liability policy will provide coverage.  In this case, when Mr. Morrow was injured, the truck was used only for transportation. The truck at issue had its engine running, and the driver only stopped briefly.  Mr. Morrow’s injuries did not arise out of the business activities associated with the company – food sales and service business –  set forth in the general liability policy, but in the ordinary use of an auto.

The appellate court held that the auto exclusion barred coverage for Mr. Morrow’s alleged bodily injury, which arose out of the “use” of the delivery truck. The trial court judgment was affirmed, granting the insurance company’s motion for summary judgment and dismissing Mr. Morrow’s claims.

At Lavis Law, our truck accident attorneys represent injured Louisiana individuals in their claims for compensation following an accident.  Our office provides a free, confidential consultation and can be reached by calling 866.558.9151.