In a recent case before the First Circuit Court of Appeal, the court addressed the law concerning the duty of an insurance company to timely mail payment of a claim.  Louisiana law requires that insurance companies act in good faith, providing prompt payment of documented medical expenses.  Additionally, insurers are to promptly pay claims within the statutory time period and cannot arbitrarily or capriciously deny payment of a claim. 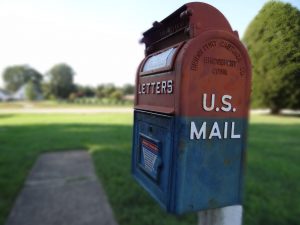 Beau Schexnaildre, the plaintiff in this case, alleged that the defendant, State Farm Mutual Automobile Insurance Company (State Farm), did not timely pay his claim.  He sought penalties, attorney fees, and damages as a result of the alleged bad faith of the insurance company.

Mr. Schexnaildre had been involved in a motor vehicle accident caused by Nathan Spicer.  The two men resolved Mr. Schexnaildre’s claim against Mr. Spicer.  Mr. Schexnaildre then sought to recover damages under his own uninsured/underinsured motorist coverage, issued by State Farm.  He provided the insurance company with copies of the motor vehicle accident report and later medical records and bills in the amount of $23,197.78, as well as policy information concerning the limits of Mr. Spicer’s automobile liability insurance.  Thirty-three days later, Mr. Schexnaildre’s attorney received a check from State Farm for the uninsured motorist policy limit of $25,000.00.

Mr. Schexnaildre then filed a lawsuit against State Farm, alleging they failed to make an unconditional tender of benefits under his policy within 30 days of receiving proof of the loss.  He also alleged that the failure to tender this amount was “arbitrary, capricious, and without probable cause.”

State Farm moved for summary judgment on the grounds that Mr. Schexnaildre did not provide sufficient proof of loss under Louisiana law, and that alternatively, the claim was timely mailed within 30 days of receipt of the demand.  The court found there was sufficient proof of loss, but it denied the motion for summary judgment because there was a genuine issue of material fact regarding the actual date that State Farm mailed the check.  After further proceedings on the matter, the trial court granted summary judgment in favor of State Farm, holding that the check was mailed within 30 days of the demand.  Mr. Schexnaildre appealed.

First, the appellate court examined Louisiana law regarding when the payment of an insurance claim must be received by the insured.  Since this law is penal in nature, the court stated it is strictly construed.  The language makes clear that the insurer must pay a claim within 30 days after receiving proof of loss.  While Mr. Schexnaildre contended that the law requires the payment be mailed within 30 days, the court rejected this argument based on the plain language of “pay,” not “mail.”

The court stated that the interpretation of a statute requires logic and consistency, in line with the presumed fair purpose and intent the legislature had when enacting the law.  Here, the court stated that the purpose of this law is to provide a means to enforce a contract between the insured and the insurer. The statute deters bad faith on the part of the insurance company,.  In this case, if the timeliness of a payment depends on the mailing date, it provides uniformity.  On the other hand, if the timeliness of the payment is determined by the date of the insured’s receipt, the time period the insurance company has to review the claim varies depending on the time required to deliver the check to the insured.

The court also stated that since the insurance company has 30 days to oppose or pay a claim, the statute deters bad faith on the part of the insurers.  Additionally, the insurance company is in control of the mailing date, while the delivery date depends on factors outside their control. The court found that the payment was timely made by State Farm.

Regarding Mr. Schexnaildre’s claim that there remained a genuine issue of material fact concerning the delivery date of the payment, the court looked at the evidence presented by State Farm to establish that the check was timely mailed. Affidavits must be based on personal knowledge, and the court found that in this case, the affidavits were admissible.  They rejected Mr. Schexnaildre’s objections to the evidence.

The court affirmed the grant of summary judgment in favor of State Farm.

At Lavis Law, we represent individuals throughout Louisiana who are bringing insurance bad faith claims. Contact the office by calling 866.558.9151.  We offer a free consultation.