Recently, the Louisiana Appeals Court reviewed a decision by the Office of Workers’ Compensation, finding an insurance company liable for an employee’s claim related to her work-related car accident involving a third party, who paid a lump sum pursuant to a settlement agreement.   In this case, the employee, Ms. Shailow, returned to work for approximately one year before terminating her employment and filing a workers’ compensation claim for medical and indemnity benefits. The insurance company filed an exception of prescription, meaning the medical benefits claim could not be heard. The judge denied the exception and found the insurance company liable for medical and indemnity benefits, as well as penalties and attorney fees.

The Louisiana prescription, or time-period, the statute at issue states that in personal injury actions, payments are barred unless they are brought within one year of the accident or one year from the time the injury develops. (La.R.S. 23:1209) 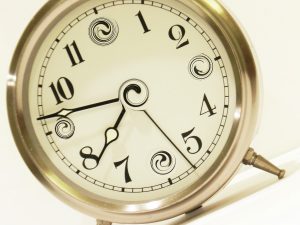 At issue before the appellate court was the date that Ms. Shailow’s disability developed. The insurance company argued that Ms. Shailow filed her indemnity claim past the required time period and that she, therefore, did not have a cause of action. But the court determined that the “developing injury rule” applied to the facts of this case.

The rationale of the developing injury rule is that employees should not be penalized for continuing to work, even with a painful injury that is not yet disabling. In this case, the Workers’ Compensation Judge found the date Ms. Shailow developed an injury was the date she terminated her employment. This is also the date the doctor took her off work duty, based on her inability to perform all duties.   At this point, the court held, her injury rendered her no longer able to perform her duties.

While the insurance company argued her disability developed the day after her accident, since she took the day off, the court rejected this claim, citing that Ms. Shailow continued the performance of her regular work duties for nearly one year. Next, the insurance company argued that her disability manifested when she was prescribed an MRI. But in fact, the court held, this was a suspicion, not a diagnosis, by the doctor.

In terms of the prescription of Ms. Shailow’s medical benefits, the court looked to the relevant statute. It determined that the third-party tortfeasor and the insurance company are solidary obligors. This means that payment of medical expenses by one obligor interrupts prescription as to the other.

Next, the court asked whether a tortfeasor’s payment of medical expenses interrupts prescription as to a solidarily liable employer.  The court found that it does not. Citing a Louisiana Supreme Court decision, it stated that legal finality, barring of stale claims, and prevention of prejudice to defendants resulting from timely filing suit do not occur for one solidary obligor when another decides to pay expenses, on their own accord.

The court also reviewed causation and affirmed the lower court’s ruling that the work accident caused Ms. Shailow’s injury and eventual disability.  The record included evidence such as hospital records immediately after the accident. Treatment records from two different doctors and the deposition of one doctor showed that the lumbar strain worsened into the disability at issue.

This case demonstrates the importance of time limitations and the importance the court may place upon close adherence to the rules. At the Lavis Law Firm – Personal Injury & Accident Attorney, our workers’ compensation attorneys have years of experience counseling and negotiating on behalf of clients. Call our office today at 866.558.9151 for a free consultation or contact us online.