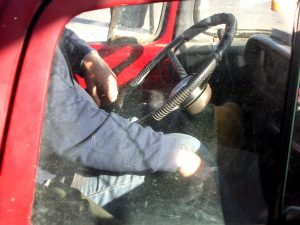 In this case, the court analyzed whether an employee’s use of a employer-owned car for work-related purposes fell under the policy exception.

Two vehicles were involved in an accident at the intersection of Highway 84 and Kings Highway in Mansfield, Louisiana.  At the time of the accident, Star Youngblood was working for Mansfield Drug Company, delivering prescription drugs. He was driving a 2007 Chevrolet pickup truck owned by the Mansfield Drug Company. Mr. Youngblood’s vehicle collided with the vehicle of Natasha Jones, resulting in her injuries.

Ms. Youngblood settled with all of the defendants except Farm Bureau, Mr. Youngblood’s personal car insurer. The matter went to trial, and it was stipulated that the 2007 Chevrolet pickup was insured for business automobile liability insurance, with a single limit liability coverage of $500,000.

Mr. Youngblood’s use of the 2007 pickup truck required that he receive special and specific permission from the owner on each occasion.  The trial court therefore held that the Farm Bureau insurance policy provided coverage in this matter, in the amount of the policy limit of $25,000.  Defendant Farm Bureau appealed this judgment, arguing that the court erred in finding that their policy exclusion for non-owned vehicles furnished for regular use did not apply, and that they were therefore required to provide coverage for the accident.

The appellate court turned to the policy, which stated that the agreement did not apply when a vehicle is furnished for regular use to the named insured.  Companies may limit their coverage, provided the limitation does not conflict with statutory provisions or public policy.

A “regular use” exclusion for non-owned vehicles is a common provision. The insurance company is relieved of the burden of insuring cars not listed in the policy that the insured uses regularly, without paying the premium.  If the vehicle is provided, supplied, or afforded to the individual according to routine or regular practice, it is “furnished for regular use.”

The court reviewed the facts, stating that Mr. Youngblood delivered prescriptions for 30 hours one week and 40 hours the next week, with 80% of his work day spent driving the 2007 truck.  He made 50-55 deliveries daily and did not ask for specific permission to make each delivery.

The personal injury attorneys at Lavis Law advocate on behalf of Louisiana car accident victims, pursuing compensation for their injuries.  If you or a loved one has suffered injuries due to a negligent driver, contact our office for a free consultation. We can be reached by calling 866-558-9151 or using our online form.