A recent case before the Second Circuit Court of Appeal addressed whether a trial court’s damages award in an automobile accident lawsuit should be reversed due to manifest error.  At issue was the insurance company’s allegation that the alleged injuries were not in fact caused by the car accident.  In this lawsuit, the trial court had awarded $22,700.04, including $15,000 in general damages and $7,700.04 for medical expenses, to Ms. Holly D. Swayze. 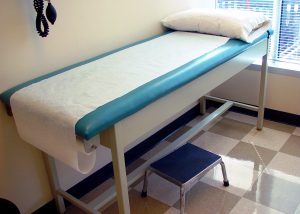 On appeal, Shelter Mutual Insurance Company (Shelter Mutual) argued that the record did not include evidence to support a finding that Ms. Swayze’s medical treatment was due to the April 21, 2010 automobile accident.  Shelter Mutual contended that Ms. Swayze suffered from a hereditary problem of exostosis. Exostosis is a painful condition in which bony structures form in the long bones and joints of the body.

On appeal, Ms. Swayze contended that the accident caused her suffering, and for over three years she dealt with chronic, disabling pain. She argued that the trial court award was warranted.

The appellate court stated that the applicable legal standard was the preponderance of the evidence, and the plaintiff has the burden of showing through medical and lay testimony that it was more probable than not that the injury was caused by the accident.  Here, when the defendant negligently acts and aggravates a preexisting condition, the victim must be compensated for the full extent of the aggravation. Furthermore, the court stated that the recovery of medical expenses is limited to those related to the accident.

On review, the appellate court stated they must ask whether the trier of fact abused its discretion in assessing damages. Here, Ms. Swayze had placed her medical records into evidence. At the time of the accident, she was 46 years old and did not have physical limitations. She did suffer from a genetic bone disease, multiple hereditary exostoses.  Ms. Swayze testified that in order to treat her exostoses, she took anti-inflammatory medication and received injections. However, prior to the accident, she did not suffer any neck, mid-back, or low back problems.

After the accident, Ms. Swayze testified that she became sore in her right neck, shoulder, back, and hip. Her treating physician, Dr. Edward Coleman, referred Ms. Swayze to physical therapy. While the therapy reduced her pain, she stated at the time of the trial that her back pain remained her main complaint.

Shelter Mutual did not present testimony but instead relied on documentation regarding Ms. Swayze’s medical treatment.

In their final analysis, the court stated that Ms. Swayze’s testimony made clear her back pain began with the accident, and it existed at the time of trial. The evidence indicated that she had no permanent resolution of her right thoracic back and rib complaints following the accident. Before the accident, Ms. Swayze made clear she did not suffer from lower back pain.

The appellate court affirmed the damages award of the trial court.

At Lavis Law, our clients may find themselves in need of legal representation to help resolve insurance disputes. We provide a free consultation and can be reached by calling 866.558.9151.