In a recent case before the Louisiana Third Circuit Court of Appeal, the court addressed the issue of witness credibility. Under the Louisiana Workers’ Compensation Act, employees injured during the course and scope of their employment are eligible for compensation from their employer.  The injury must have occurred at work, while performing work-related duties.  Often, courts are required to interpret whether an employee was in fact injured “at” work, “during” the course of their job.  In this recent case, the appellate court reviewed the testimony provided by the injured employee himself, as well as medical records and opinions, to determine whether compensation benefits applied. 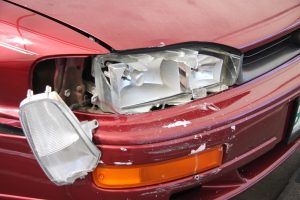 Mr. Meche worked for Supreme Service & Specialty as a hydro pressure tester.  He tested the integrity of valves, placing them onto an apparatus that subjected them to pressure. While testing valves, he claims that he swung a sledge hammer and felt his lower back pop. There were no witnesses to the event.

After the incident, Mr. Meche went to the doctor, and an MRI was taken that did not show an abnormality. Mr. Meche then sought treatment from an orthopedic surgeon, who recommended another MRI and placed physical limitations on Mr. Meche’s activities.

After Supreme had an independent medical examination of Mr. Meche conducted, it was determined that Mr. Meche could not return to his former job.  Supreme offered Mr. Meche light-duty work, and he worked minimal hours before leaving Supreme and conducting other work. Mr. Meche did not inform his doctor of having performed this work.

The court reviewed the portion of the  Louisiana Workers’ Compensation Act that states supplemental earnings benefits are to be provided for an employee who receives a reduction in pay. Supreme offered Mr. Meche employment, but the issue was whether the job was “suitable.”  Mr. Meche maintained that the job was not suitable because it had not received a doctor’s approval. The appellate court reviewed the medical opinions regarding Mr. Meche’s ability to work and perform job-related duties. Based on the clear restrictions provided by the medical records, the court affirmed Mr. Meche’s entitlement to supplemental earnings benefits for the period before July 2014.

After July 2014, as Mr. Meche continued to work, the court stated that objective measures of injury, including the MRI, were normal. The court agreed with the lower court that during this period of time, Mr. Meche’s testimony regarding his capabilities was not reliable.   The court made clear that a physician can only offer an accurate opinion if the history provided to them is accurate.  But during this period of time, Mr. Meche withheld information from his doctor, and his doctor could not express a reliable opinion. The court found the award of supplemental earnings benefits for the period after July 2014 was in error.

Finally, the court held that the workers’ compensation judge did not err in requiring that Supreme pay for Mr. Meche’s Cialis prescription.  Here, Dr. Heard prescribed Cialis on the basis that Mr. Meche’s symptoms were related to the on-the-job accident.  Since the medical evidence did not disprove that, the appellate court affirmed the award of this benefit.

The court affirmed the case in part and reversed it in part.

At Lavis Law, we help injured employees secure compensation for their injuries according to Louisiana workers’ compensation laws.  We provide a free, confidential consultation and can be reached by calling 866.558.9151.