Posted by charles on Wednesday, October 7th, 2015 in Automobile Insurance
no Comment.

In a recent case before the Louisiana Fifth Circuit Court of Appeal, the court addressed whether the lower court erred in assigning liability and in awarding damages. 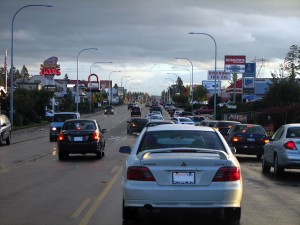 This case involved a rear-end vehicle collision and conflicting testimony concerning the facts of the accident. The defendants were The Gray Insurance Company, Grand Isle Shipyard, Inc., and Duane Smith. Plaintiff Rorilyn Prejeant had filed a lawsuit against Defendants, seeking damages for her injuries from the vehicle collision. During a bench trial, the parties described different accounts of the accident.

Ms. Prejeant claimed that she changed lanes once and then planned to change lanes again, when she was rear-ended by Mr. Smith’s truck. Her vehicle was damaged, although she did not experience physical pain. Mr. Smith testified that Ms. Prejeant had changed lanes directly in front of him, unexpectedly.  He testified that he had not seen her vehicle prior to the collision.

A police officer arrived on the scene and filled out an accident report, stating that Ms. Prejeant changed lanes, resulting in the collision. Mr. Smith stated he could not see Ms. Prejeant when she rapidly changed lanes.

After the trial concluded, the court issued its judgment, finding Defendants liable to Plaintiff in the amounts of $16,000.00 for general damages and $5,105.00 for special damages. On the liability issue, the court found Mr. Smith’s negligence to be the cause of the accident. The court also stated that the $16,000 damages award would compensate Ms. Prejeant for her chiropractic treatment, at $2,000.00 a month.

On appeal, Defendants alleged that the trial court erred in disregarding the evidence concerning how the incident occurred and in awarding Plaintiff damages not based on the specifics of the case.

First, the appellate court assessed the allegation of error in finding in favor of Ms. Prejeant. The Defendants contended that the physical evidence, including the vehicle damage, supported Mr. Smith’s version of the incident and not Ms. Prejeant’s.

Upon appellate review, the standard is that of manifest error, and the determination by the district court or a jury cannot be set aside without showing it is clearly wrong. A two-part test to determine whether to reverse a factual determination by the trier of fact includes a finding that a reasonable factual basis does not exist in the record for the finding and that the record shows that the finding is clearly wrong.

Turning to the factors supporting a finding of fault, the court stated that in a rear-end collision, the presumption is that the rear motorist breached the standard of care and was negligent.  To rebut this presumption, proof may include facts showing the lead vehicle negligently created an unavoidable hazard. When a lane change is involved before an accident, the motorist changing lanes must show that she determined the movement was being made safely.

Regarding the second assignment of error concerning damages, the court stated that the unit-of-time method applied in this case. The district court determines what the plaintiff’s suffering is worth in monetary damages, for a given unit of time. Then, that specific amount is multiplied by the number of units of time in the expected duration of pain and suffering.   Formulas used to calculate damages awards are generally not approved of by the Louisiana Supreme Court. But, the court stated, the unit-of-time method has not been rejected by all Louisiana circuit courts.

The court rejected Mr. Smith’s alleged assignment of error, finding that the unit-of-time method was properly employed by the district court. Awarding Ms. Prejeant $2,000.00 per month for her soft tissue injuries was consistent with general damages awards for similar injuries in the circuit.

The appellate court affirmed the district court’s judgment holding that Defendants were liable to Plaintiff, and it affirmed the award of general damages.

At Lavis Law, we help individuals navigate insurance claims, some of which involve automobile collisions. For a free consultation, contact our office at 866.558.9151.