When interpreting an insurance policy, the courts turn to contract law.  This requires an interpretation based on the plain language of the contract, and it also requires the court to ensure that the insurance policy does not violate public policy.  Here, 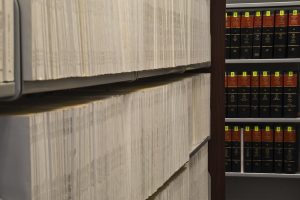 plaintiff Jeremy Elliot was in the course and scope of his employment with Mercedes-Benz Baton Rouge when he was rear-ended by a vehicle driven by Andre Holmes.  Mr. Elliot sued Mr. Holmes and his insurer, State Farm Mutual Automobile Insurance Company, for the resulting damages.  Mr. Elliot also named Mr. Holmes’ uninsured/underinsured motorist insurer, Safe Auto Insurance Company.  Mr. Elliot settled his claims with State Farm, dismissing them from the suit.

Mr. Elliot then filed a separate lawsuit against Encompass, the insurer of the vehicle he had been traveling in at the time of the accident.  He also sued his employer’s insurer, Travelers Indemnity Company, seeking uninsured/underinsured motorist coverage for the accident.

Encompass appealed the trial court’s order granting summary judgment in favor of Travelers.  The judgment declared that the Encompass policy included $500,000 in uninsured/underinsured motorist coverage for the underlying accident.

In support of their position, Encompass stated that the policy contained an exclusion for coverage, except for the $15,000 required by law, for people engaging in repairing or servicing their motor vehicles. Since Mr. Elliot, at the time of the accident, was servicing a vehicle, the exclusion applied. Mr. Elliot was covered for $15,000.

Travelers contended that the policy coverage in the Encompass policy was $500,000 and that the exclusion did not apply to uninsured/underinsured motorist coverage.

The trial court rendered a judgment in favor of Travelers, finding that Encompass was to provide uninsured/underinsured motorist coverage in the amount of $500,000.

The appellate court stated their standard of review and their emphasis on the interpretation of the insurance policy as a contract.  Furthermore, the court stated that an insurance company may limit coverage, provided the limitations do not conflict with public policy.

Here, the parties agreed that Mr. Elliot was covered under the policy because he was operating a covered vehicle. But he was also in the course and scope of his employment, as a service technician.  This exclusion is what led Encompass to provide Mr. Elliot with liability coverage for $15,000.

According to the appellate court, the clear words of the policy demonstrated that greater uninsured/underinsured coverage extended to Mr. Elliot. Finally, the court stated it does not go against public policy to provide Mr. Elliot with more coverage.

The court affirmed the trial court’s judgment that the Encompass policy provides $500,000 for Mr. Elliot’s accident.

At Lavis Law, we have years of experience negotiating and litigating automobile insurance cases.  We provide a free consultation and can be reached by calling 866.558.9151.