In a recent case before the Louisiana Fifth Circuit Court of Appeal, the court addressed the issue of prescription, or the tolling of the period for filing a lawsuit. In this appeal, the plaintiff, Pauline Herrera, sought a review of the trial court judgment that her claim was prescribed. This means that the time period for filing her lawsuit had expired. The appellate court had reversed and remanded a former ruling on the issue of prescription but held that the defendants were not precluded from re-urging the exception of prescription. 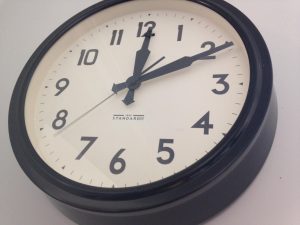 Here, Ms. Herrera had filed a petition for damages against Beatrice Gallegos and USAgencies Casualty Insurance. Ms. Herrera alleged that her vehicle was struck by a vehicle operated by Ms. Gallegos on May 8, 2007.

Ms. Gallegos and her insurance company filed an Exception of Prescription and an Answer, and they claimed that the accident occurred on May 7, 2007.  Therefore, Ms. Herrera’s lawsuit was filed after the one-year prescriptive period.

After multiple hearings on the exception of prescription, Ms. Gallegos and her insurer introduced an affidavit from the Kenner Police Department stating that the accident occurred on May 7, 2007.  The trial court sustained the exception and dismissed Ms. Herrera’s lawsuit with prejudice. Ms. Herrera appealed on the grounds that the trial court erred when it found in favor of Ms. Gallegos and USAgencies Casualty Insurance.

The defendants contended that their exception was timely considered, and the evidence supported the finding that the claim was prescribed.

First, the appellate court stated that under Louisiana law, an exception of prescription is a peremptory exception, and a defendant may raise it at any time, including on appeal or after the close of evidence. The issue must be raised before the case is submitted to trial. The court stated that a party might re-urge a peremptory exception of prescription after the exception is initially denied by the trial court.

Regarding whether the court erred in ruling in favor of Ms. Gallegos and her insurer at the trial, the court reviewed the ruling under a manifestly erroneous standard. They stated that the record showed the evidence established that Ms. Herrera’s claim was prescribed. The trial exhibits included an incident report from the police department, an affidavit confirming the authenticity of the report, and a document from the police department indicating that the accident was reported on May 7, 2007.

While Ms. Herrera introduced documents from her own insurance company stating the date of the accident as May 8, on cross-examination, she testified that she truly did not know the date on which the accident occurred. She stated she had not paid attention to the date on the police report, nor had she advised the police officers of an incorrect date. She claimed that conflicting constructions of the accident date required the court to resolve the prescription issue in her favor.

The appellate court stated the trial court’s finding that the accident occurred on May 7, 2007, was not manifestly erroneous, and they affirmed the judgment.

At Lavis Law, we help clients understand and address issues concerning insurance claims and disputes, including those surrounding car accidents.  We provide a free initial consultation and can be reached by calling 866.558.9151.