In a recent case before the Louisiana Appellate Court, Third Circuit, the court addressed the issue of liability in a motor vehicle case involving four vehicles.  The vehicles did not collide in this case, but the driver of the fourth vehicle suffered injuries when he pulled onto the shoulder of the highway.  The court h 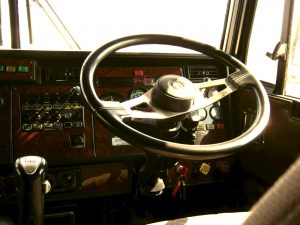 eld that as a matter of law, the defendant and his insurance company could not be held liable for injuries to the plaintiff when the other vehicles avoided a collision.

The plaintiffs, Shane Maylen and Penelope Maylen, appealed the trial court’s judgment granting a motion for summary judgment in favor of the defendants, Grand West Casualty Company, Groendyke Transport, Inc., and David Majoria. Mr. Majoria, an employee of Groendyke Transport, drove the lead vehicle, his tractor-trailer, from the shoulder of the road into the right lane of Interstate 210, merging into traffic.  He was followed by an unknown second vehicle.

Following this unknown vehicle, the third vehicle, driven by Mr. Shane Maylen’s brother, Raymond, slammed on its brakes when Mr. Majoria merged onto the interstate and then continued driving.   Mr. Shane Maylen, in the fourth vehicle, observed Raymond apply his brakes and did the same, driving his truck, camper, and boat to the right shoulder. As he drove onto the grass, his camper jack-knifed, and he sustained a shoulder injury.

Mr. Maylen and his wife Penelope alleged that Mr. Majoria was negligent and caused Mr. Maylen’s injury.  They filed for damages against Mr. Majoria, the driver of the tractor-trailer, his employer, Groendyke Transport, and its insurer, Great West Casualty Company.  The defendants moved for summary judgment on the grounds that since the second and third vehicles did not collide, Mr. Majoria, the driver of the first vehicle, was not liable for the injuries suffered by the driver of the fourth vehicle, Mr. Maylen.  The trial court granted the motion, and the plaintiffs appealed, contending it was error to grant the motion when there existed a genuine issue of material fact regarding Mr. Majoria’s liability.

The appellate court applied the duty-risk analysis in order to determine whether Mr. Majoria was negligent.  This required proof of four elements central to a negligence lawsuit:  a duty to act, a breach of the duty, causation, and damages.  The court then turned to Louisiana law making clear that a motorist entering the highway has a duty to avoid a collision.

Next, the court examined the testimony of Mr. Maylen and his brother, Raymond, concerning the accident.  The court stated that in this case, Mr. Majoria had a duty to yield the right of way to all vehicles approaching that posed an immediate hazard.  The testimony indicated that Mr. Majoria used his blinker before merging.  After he merged and the second car pressed his brakes, there remained a truck length between this second car and Mr. Majoria’s vehicle. Six to eight car lengths were maintained between this second vehicle and David Maylen’s vehicle. Neither car was forced to stop completely or to travel off the shoulder of the road. Based on these facts, the appellate court stated that the evidence did not show that Mr. Majoria failed to yield to approaching vehicles, nor did he drive so close as to constitute an immediate hazard. The court concluded Mr. Majoria did not breach his duty.

The court also cited another Louisiana appellate case with similar facts, involving a fourth vehicle colliding with a third vehicle, when the previous two vehicles did not originally collide.  In that case, the court held that as a matter of law, the lead vehicle and its insurance company could not be held liable for damages when the second and third vehicles were able to stop in time to avoid a collision.  Then, the court held there was no genuine dispute as to this fact.

In the present case, the court stated the similarity in facts demonstrated that since the second and third vehicles avoided a collision, Mr. Majoria could not be held liable for Mr. Maylen’s damages.  The appellate court affirmed the trial court’s judgment.

At Lavis Law, we understand that the particularities of a motor vehicle collision require the knowledge of a skilled attorney to secure compensation from automobile insurance companies. We  provide a free consultation and can be reached by calling 866.558.9151.