The Louisiana Second Circuit Court of Appeal recently addressed the definition of an accident in a workers’ compensation case.  If a work-related accident aggravates a preexisting condition, an employee is not barred from recovering compensation. However, the employee must show that the accident in fact caused their disabling symptoms.  In the present case, the court addressed whether an employee’s alleged injury was in fact due to a work accident or the result of a gradual deterioration. 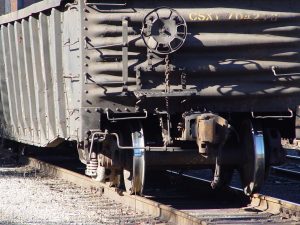 Harold Garrett worked for Calumet GP, LLC for a decade before he experienced low back pain and took a leave from work in March 2012.  He did not assert a work-related injury concerning his back condition during this period.  In October 2013, while working in the course and scope of his position as a blender and loader of railcars, he allegedly experienced a sudden pain in his leg and lower back while working under a railcar.  There were no witnesses to the incident. A coworker and friend appeared and helped Mr. Garrett get up from under the railcar.

The insurance company conducted surveillance on Mr. Garrett and eventually terminated Mr. Garrett’s benefits in December 2013. Calumet filed a disputed claim for compensation on the grounds that Mr. Garrett could not establish an accident occurred in the course and scope of his employment. They also alleged he made material misrepresentations regarding his physical abilities.

The Workers’ Compensation Judge concluded that Mr. Garrett failed to demonstrate a “compensable accident” because the October 2013 incident was a continuation of his ongoing symptoms.  They also found that he committed fraud.  Mr. Garrett appealed.

The appellate court stated that an injured employee is entitled to workers’ compensation benefits if they suffer an accident arising out of and in the course of their employment.  Louisiana law defines an employment-related accident as one that is an unexpected or unforeseen event, which produces an injury more than a gradual deterioration.

While workers’ compensation law is liberally construed in favor of coverage for the injured employee, they must prove an accident resulted in their on-the-job injury.  If the accident was not witnessed, the worker’s testimony may discharge their burden of proof, if two elements are satisfied. First, there cannot be evidence discrediting or casting doubt on their version of the incident. Second, the worker’s testimony must be corroborated by circumstances after the alleged incident.

If an employee has a preexisting medical condition, they are not barred from recovery if they can establish that the work-related accident aggravated or combined with their condition to cause the disability for which they are seeking compensation. The accident is presumed to have aggravated a preexisting condition if (1) disabling symptoms did not exist before the accident; (2) beginning with the accident, the disabling symptoms appeared and remained; and (3) medical or circumstantial evidence shows a reasonable possibility of causality between the accident and the activation of the disabling condition.

Here, Mr. Garrett contended the trial court erred in holding he did not prove a compensable accident.  Mr. Garrett testified at trial that after returning to work in July 2012, he suffered symptoms that eventually ceased.  Mr. Garrett’s friend stated that Mr. Garrett appeared to be in pain, even when completing paperwork.

The appellate court stated that the Workers’ Compensation Judge’s conclusion rested on evidence showing that Mr. Garrett’s continuing pain symptoms existed when he returned to work in July 2012. His assertion that he suffered a new injury on October 3, 2012 was discredited by the testimony of his coworker and doctors.  The court affirmed the finding of the Workers’ Compensation Judge that a work-related accident had not occurred.

The workers’ compensation attorneys at Lavis Law help injured workers in Louisiana seek compensation following a work-related accident. We provide a free consultation, and our office can be reached by calling 866.558.9151.