The Third Circuit Appeals Court recently addressed whether a clause in an automobile insurance liability policy contravened public policy. The clause defined a “temporary substitute vehicle,” which is a vehicle often used by the insured while the primary vehicle is under repair.  In this case, the issue was whether the specific requirement that the primary vehicle be serviced by a repair shop, rather than a home mechanic, denie 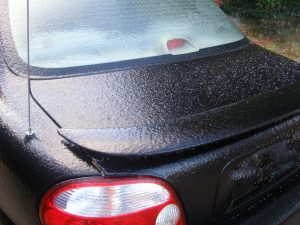 d coverage to those who could not afford to professionally service their vehicle. The reviewing court held that the definition violated public policy by “penalizing poverty,” since not everyone can afford to take their car to the repair shop.

Safeway argued that the 1995 Mercury Sable was not a “temporary substitute motor vehicle” and denied its policy provided coverage for the accident.  Turning to the definition in the policy, Safeway argued that since Mr. LeGros repaired his Honda Civic instead of having it repaired by an individual who works in the business of repairing cars, the Mercury Sable did not qualify for the temporary substitute vehicle coverage set forth by Louisiana law.

After Safeway and State Farm filed cross motions for summary judgment to determine which policy was primary for the coverage of the accident, the trial court found in favor of State Farm. The court ruled that Safeway’s definition of a “temporary substitute automobile” went against public policy. The court denied Safeway’s motion for summary judgment and ordered Safeway to reimburse State Farm $2,253.07. Safeway appealed.

The issue on appeal was whether the lower court erred in ruling that the Safeway definition of “temporary substitute automobile” violated public policy.  Safeway contended that their definition allows for the expeditious completion of repairs, since professionals in the car repair business, unlike home mechanics, typically complete repairs in a timely manner.  They argued this gives the insurer a degree of predictability regarding the nature of the coverage under the policy.

Turning to a decision of the Second Circuit on the same Safeway provision in their policy, the court had found that the definition of a “temporary substitute automobile” went against public policy.  It created a financial burden as well as temporal and logistical burdens that contrasted with the legislature’s intent in requiring that temporary substitute cars are extended coverage.  In the present case, the court stated that the clause “penalizes poverty,” since not every car owner can immediately take their car to a mechanic for repair.  The court stated Safeway cannot limit liability by using a definition that conflicts with public policy.

The court held the lower court had not erred in granting summary judgment in favor of State Farm.  The court affirmed the trial court judgment.

The Louisiana car accident lawyers at Lavis Law litigate and negotiate insurance bad-faith disputes and claims of insurance bad faith on behalf of clients throughout the state. Our office provides a complimentary consultation, and we can be reached by calling 866.558.9151.