In a recent workers’ compensation case, the Louisiana Second Circuit Court of Appeal addressed whether an injured employee forfeited his benefits when he was terminated for cause.  According to Louisiana law, an employee who willfully makes false statements to obtain benefits will forfeit those benefits.  At issue in a case of potential forfeited benefits is the relationship between the false statement and the claim for benefits. 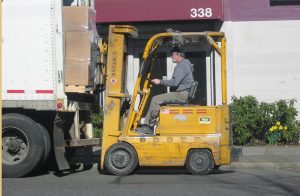 James R. Green worked as a forklift operator for Allied Building Stores, Inc. (ABS).  After suffering a back injury while attempting to load a heavy cabinet onto a pallet, Mr. Green was taken to the hospital, given Toradol, and placed on light-duty work.  He returned to work that day, but he then experienced pain and was allowed to take the rest of the day off work. A few days later, Mr. Green returned to work but then requested leave to see his doctor because he remained in pain.

At trial, the issue was whether Mr. Green had been fired for cause and whether he was entitled to post-termination benefits.  The workers’ compensation judge held that Mr. Green was not entitled to supplemental earnings benefits because he falsified the form stating he was unable to earn at least 90% of his pre-injury wages.

Louisiana law holds that an employee forfeits SEB when they are terminated for cause.  The Louisiana Supreme Court has held that false statements that are willfully made to obtain benefits require forfeiture of benefits.

Whether to impose or deny forfeiture under Louisiana law, La. R.S. 23:1208, is a factual finding.  Mr. Green contended he did not alter the certification form.  A student worker at his doctor’s office altered the form to correct his birth date and return to work date.  At the time, ABS had paid Mr. Green’s medical bills and offered him a job meeting the medical restrictions, with the same pay.  Mr. Green did not refuse the offer of work.

Here, the court stated that the alteration of the medical excuse centered on whether Mr. Green would return to work that day or the next morning.  The alteration did not focus on whether Mr. Green would obtain workers’ compensation benefits.  Mr. Green was willing to work on Monday, but his supervisor told him to return the following morning, Tuesday. It was manifestly and clearly wrong for the workers’ compensation judge to deny SEBs.

The court remanded for the workers’ compensation judge to set supplemental earnings benefits from those dates, based on Dr. Woods’ testimony.

The Louisiana workers’ compensation attorneys at Lavis Law help injured employees pursue compensation for their injuries. We provide a free, confidential consultation and can be reached by calling 866.558.9151.