Posted by charles on Tuesday, December 1st, 2015 in Life Insurance
no Comment.

A recent case before the Third Circuit Court of Appeal addressed the materiality of an inaccurate statement on an insurance application.  The insurance company sought to deny issuing the policy proceeds to the beneficiary, but the court analyzed whether the information, had it been accurately provided, would have led the insurer to deny coverage or issue coverage at a higher rate.  Louisiana law applies this standard to determine whether recovery is precluded under the policy. 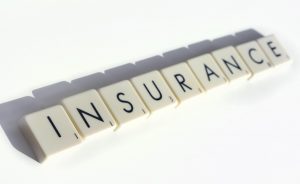 William and Michael Burley, brothers, obtained reciprocal life insurance policies with the other named as the owner and the beneficiary of the policy.  About five months after the policy became effective, William died from a heart attack.  Michael Burley filed a claim for payment of the proceeds from the policy. New York Life, the insurance company, sent a letter indicating there had been an inaccurate response to a question on William’s application. While William had marked “no” regarding whether he had been treated or diagnosed for drug and alcohol use, New York Life contended that the medical records indicated the answer should have been yes. They sent a check to Michael in the amount of insurance premiums paid on the policy.  Michael did not deposit the check and filed suit against New York Life, seeking the life insurance proceeds as well as penalties and attorney fees under Louisiana law for alleged bad faith handling of the claim.

The trial court rendered judgment in favor of Michael for the $200,000 proceeds of the policy. On appeal, New York Life argued that Mr. Michael Burley did not show he was entitled to the proceeds or the penalties under the law.

The court turned to the rule of law requiring that a party seeking recovery under an insurance policy must meet their burden of showing every fact essential to their right of recovery.  In this case, the original policy and the signed application were admitted into evidence.  Michael Burley was the owner of the policy, and he authenticated the documents. William Burley was listed as the insured, and Michael Burley as the owner and sole beneficiary. William and Michael Burley signed the application in the presence of a New York Life insurance agent.

The insurance policy listed the base amount as $200,000.  The policy language provided that New York Life promptly pays proceeds to the beneficiary upon receipt of proof that the insured died on or after the effective date of the policy. This policy date is listed as December 19, 2012. Michael Burley testified he began paying premiums in December 2012 or January 2013.

William Burley died on April 24, 2013. His certified death certificate was admitted into evidence. A certified letter dated October 13, 2014 from New York Life to Michael Burley confirmed that a claim had been submitted.

This evidence established prima facie proof that the policy insuring William Burley’s life existed and that Michael Burley was a beneficiary of the policy, entitled to insurance proceeds under its terms. On appeal, New York Life argued that William Burley made an inaccurate response to a question on the insurance application.  Since Michael Burley failed to show that the response was not made with an intent to deceive, New York Life contended that he was precluded from receiving the policy proceeds.

But the appellate court stated that in fact it is an insurance company’s affirmative defense to avoid coverage, and the insurer bears the burden of proof.  Simply because Michael Burley admitted that William’s insurance application contained an inaccurate response did not mean that the burden shifted onto him to prove that the Louisiana law precluding recovery did not apply.  The court stated that the trial court should have considered the admission of the inaccurate statement and determined whether the evidence showed that Michael Burley was precluded from recovering proceeds.

Turning to whether there was evidence of an intent to deceive, the appellate court stated the rule that circumstances indicate the insured’s knowledge of the falsity of representations made in the insurance application. Here, nothing suggested that William Burley knowingly provided an inaccurate response on his application with the intent to deceive New York Life.  It was not Michael’s duty to prove that William’s inaccurate statement was not intentional.

Here, the record showed that William authorized the release of his medical records from his physician to New York Life.  His physician records showed that William had drug abuse treatment in October 2004, which was two years from being outside the 10-year scope of requested information.  The appellate court concluded that the trial court properly concluded the inaccurate response was not made with an intent to deceive New York Life.

Louisiana law requires that to prove the materiality of a false statement, the insurer must show the statement was such that had it been true, the insurer would not have contracted or would have applied a higher rate premium. Here, there was no evidence that had William Burley made clear that he underwent drug abuse treatment eight years before completing the application, New York Life would not have issued him an insurance policy or would have issued it at a higher rate.  The court also stated that Michael was not required to prove the inaccurate statement was immaterial, so the court found that his claim was not barred by Louisiana law.

The court rejected New York Life’s contention that, since the death certificate listed marijuana use as contributing to William’s cause of death, the inaccurate response on the insurance application was necessarily material under Louisiana law.  The test of materiality is whether the insurer would have issued the policy if the information had been accurate.

The court amended and affirmed the ruling of the lower court.

At Lavis Law, our life insurance lawyers provide guidance and representation to both insured individuals and policy beneficiaries. Contact us at 866.558.9151 or online.