In a recent case, the Louisiana Second Circuit Court of Appeal addressed issues concerning what is “medically necessary” under Louisiana workers’ compensation laws.  The enactment of the Louisiana Medical Treatment Guidelines serves to deliver efficient medical care, but the treatment must be necessary in order to be compensated. 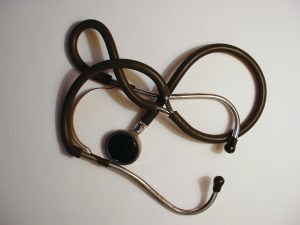 Here, James Arness Thomas worked as a forklift operator for Marsala Beverage Company, and he was injured while loading an 18-wheeler delivery truck. At the time of the injury, Mr. Thomas was 42 years old and had worked for the company for more than eight years. He claimed he suffered injuries to his neck, back, arms, and wrists. After briefly returning to work, he was later removed from work. He has since received treatment from various physicians.

At one point, after various treatments and evaluations, LUBA, the insurance company for Employer, referred Mr. Thomas to Dr. Donald Smith for an impairment evaluation. Dr. Smith issued a report outlining Mr. Thomas’ treatment history and noting that an MRI of the lumbar spine was unremarkable. Dr. Smith evaluated Mr. Thomas about a year later and also stated that he had a normal spinal examination. While Mr. Thomas’ prognosis for returning to work at Marsala Beverage Company was poor, it seemed Mr. Thomas should be able to return to a wide variety of work activities, without restrictions.

Mr. Thomas sought treatment from a neurosurgeon and was referred to an anesthesiologist, Dr. Vincent R. Forte, who specializes in pain management. LUBA resisted the referral, but after Mr. Thomas filed a disputed claim for compensation, they approved the referral.  Dr. Forte eventually made a request to LUBA for coverage of epidural steroid injections. LUBA denied coverage and stated that Dr. Smith did not recommend injections or therapy.

The matter was appealed to the Medical Director at the Office of Workers’ Compensation.  The services were submitted for review for medical necessity and appropriateness under the Louisiana Workers’ Compensation Medical Treatment Guidelines. The injections were denied, on the basis that they were diagnostic and not allowed under the treatment guidelines.

Marsala Beverage Company and LUBA appealed the decision. They argued that it was error for the Workers’ Compensation Judge to conclude that Mr. Thomas proved by clear and convincing evidence that the denial of the steroid injections was improper under the Louisiana Medical Treatment Guidelines.

Costs of medical treatment deemed reasonably necessary to treat a work-related medical condition are recoverable by a workers’ compensation claimant. The policy behind enacting guidelines to treat injured workers is to help deliver efficient and timely care to injured employees.

Medical necessity refers to those medical services that are in line with the Louisiana Workers’ Compensation Medical Treatment Guidelines, which are deemed clinically appropriate and effective for the patient’s illness or injury.

Before the enactment of the guidelines, the insurer determined what medical treatment was appropriate. If there was a dispute, it was formerly resolved by the Workers’ Compensation Judge using a preponderance of the evidence standard to determine if the treatment was medically necessary. Under the newly enacted guidelines, a claimant seeking judicial review of the Medical Director’s decision must prove the necessity of the desired treatment by clear and convincing evidence.

This clear and convincing standard means that the evidence shows the existence of the fact is highly probable.

In this case, the Workers’ Compensation Judge thoroughly examined the medical records and the deposition of Dr. Forte, and concluded that Mr. Thomas had shown by clear and convincing evidence that the Medical Director’s decision should be reversed. The appellate court stated that the Workers’ Compensation Judge had not been manifestly erroneous in overturning the decision of the AMD.  Both the medical evidence and the deposition supported the holding that the source of Mr. Thomas’ pain was at the L5-S1 level.  Because of the location of the pain at the disc, not the joint, Dr. Forte stated that the steroid injections would likely help the pain. Also, Mr. Thomas had experienced pain relief following injections formerly given by Dr. Forte.

The court held that clear and convincing evidence set forth in the record supported the decision by the Workers’ Compensation Judge that the Associate Medical Director erred in finding the ESI was diagnostic, rather than therapeutic.

The court affirmed the decision of the Office of Workers’ Compensation in favor of Mr. Thomas. Defendants Marsala Beverage Company and its insurer, LIBA Casualty Insurance company, were ordered to provide the ESI recommended by Dr. Vincent Forte.

At Lavis Law, we represent injured workers in claims for workers’ compensation benefits.  We offer a free consultation and can be reached by calling 866.558.9151.