The Louisiana Third Circuit Court of Appeal recently addressed an appeal in a maritime injury dispute following an accident that injured a welder working on a floating mat for a construction project. The injured plaintiff in this case was awarded over three million dollars, and liability was imposed upon his employer.  At issue on appeal was whether the court properly found he had seaman status under the Jones Act, and whether the award of general damages was an abuse of discretion. 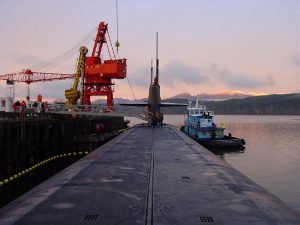 Ernest Lee Guidry, the plaintiff, worked as a welder for Tanner Services, LLC, the defendant, for over two years.  Mr. Guidry had been assigned a project in Grand Isle and was working in the marine division for this particular project.  Three barges and two tugboats were used as “floating docks” for a crane and to prepare for welding.

Mr. Guidry spent most of his time on the floating mat, which was a large piece of wood that was much like a raft in the water.  A vibrating hammer fell and struck Mr. Guidry while he was welding piles on the floating mat. He endured multiple injuries and underwent several surgeries after the accident, including a crushed foot, the amputation of four fingers, herniated discs, a concussion, post-traumatic stress, and total and permanent disability.

Addressing Mr. Guidry’s status as a seaman, the appellate court stated that whether an individual is a seaman under the Jones Act is a question of both law and fact. Reviewing Jones Act cases requires applying the manifest error standard of review.

First, the court stated that the trial court properly found Mr. Guidry contributed to the function or mission of a vessel or fleet of vessels. This is the first element of the seaman status test. A Tanner Services representative gave testimony that described Mr. Guidry’s job duty as building a bulkhead via welding.  According to the appeals court, this met the requirement, since the mission of the vessels was to build the bulkhead.

Next, the court addressed whether Mr. Guidry was connected to a vessel in navigation that is substantial in its duration and nature. The tugboats and the barges here were under the control of Tanner Services and constituted a “fleet of vessels.”

The court rejected Tanner Services’ contention that Mr. Guidry’s work duties did not take him to sea. The court stated that looking at the record to determine whether Mr. Guidry was a seaman does not require looking at the overall course of a worker’s service with a particular employer. The rule is that  a worker who spends less than 30 percent of his time servicing a vessel does not qualify as a seaman under the Jones Act.  Here, Mr. Guidry testified that during 90 percent of this time, he worked on the barges or floating mat.  The court stated this is well above the 30 percent of time generally required by the Jones Act.

Since Mr. Guidry’s connection to the fleet was substantial in duration, the court turned to whether it was substantial in nature.  The rule is that a seaman must be doing the ship’s work and be “connected to a vessel.” Here, Mr. Guidry worked primarily as a welder, but he also assisted with navigating the barges, did repair work, and performed other ancillary duties.

The court also rejected Tanner Services’ contention that the trial court erred in holding that the floating mat was an appurtenance of the vessels, which were the barges owned and operated by Tanner Services. Since the floating mat was a necessary requirement of the project, the appellate court stated that it was an appurtenance.

Finally, regarding prejudgment interest on all of the damages from the date of Mr. Guidry’s accident, the court upheld the award, finding it was not an abuse of discretion.

In conclusion, the appellate court affirmed the trial court’s finding that Mr. Guidry was a seaman under the Jones Act, and the award of general damages and prejudgment interest was proper.

At Lavis Law, injured workers can receive guidance and information on their legal rights under Louisiana workers’ compensation law as well as Jones Act negligence.  Our office helps injured individuals and their families seek monetary compensation for work-related injuries. Contact us for a free consultation by phoning 866-855-9151 or using our online form.