The Louisiana First Circuit Court of Appeal recently addressed a case of insurance bad faith, determining whether the company had arbitrarily and capriciously handled the insured’s claims. Following a vehicle accident, it may be necessary to submit proof of loss to an insurance company to receive payment from the insurer.  Under Louisiana law, if the insurance company fails to timely pay, or does so in an arbitrary and capricious manner, they may be subject to sanctions or penalties and attorney fees.  Since the burden is on the insured to prove an insurance company acted in bad faith, the court only imposes the penalties when the facts support a finding that the insurer did not act in good faith. 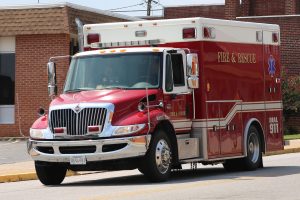 Dedra Griffin was driving a vehicle with her husband, Sheddrick, as a passenger. Jacob P. Savoy rear-ended the Griffins, causing injuries and damages.  At the time of the accident, Mr. Savoy’s vehicle was insured by Allstate Fire and Casualty Insurance Company (Allstate).  After paying the limits of its policy to the Griffins, Allstate was released by the Griffins.

The Griffins alleged that their damages exceeded the limits of the Allstate liability policy.  At the time of the accident, they alleged an uninsured/underinsured motorist (UM) policy was in full force and effect, issued by State Farm Insurance, for the vehicle they drove at the time of the accident. The Griffins also alleged that they had submitted satisfactory proof of loss in writing but that State Farm had failed to pay a reasonable portion of the claim. The Griffins sought judgment against State Farm for damages, as well as an award of penalties and attorney’s fees for the bad faith handling of their claims.

Prior to trial, State Farm paid the full amount of UM coverage to the Griffins. The issue before the trial court was whether State Farm had, in bad faith, failed to tender the undisputed portion of the policy.  The trial court found that State Farm had been arbitrary and capricious in handling the Griffins’ claims.  This finding was based on the fact that the tenders made by State Farm were untimely. Penalties were awarded in the amount of $16,000.00 for Dedra Griffin and $17,600.00 for Sheddrick Griffin.  Attorney’s fees were also awarded. State Farm appealed the judgment.

The appellate court stated that under Louisiana law, insurers must pay the amount of a claim due to an insured within 30 days after receipt of proofs of loss.  Insurers that are arbitrary or capricious in failing to tender the undisputed amount in a timely manner are subject to mandatory penalties and attorney’s fees.  There is also an obligation of good faith and fair dealing for all insurers, requiring that they adjust claims fairly and promptly, making a reasonable effort to settle claims with the insured or claimant.

Here, State Farm contended that its decision process regarding the Griffins’ payment was well reasoned and could not be considered arbitrary or capricious.  But the appellate court stated that the evidence showed that the facts show the accident caused a “total loss” to the Griffins’ vehicle. Mrs. Griffin sustained shoulder, neck, and chest wall injuries, and Mr. Griffin was injured as well.

The appellate court stated that the trial court could have properly concluded that the Griffins provided satisfactory proof of loss in their demand letters, including their attached medical expenses.  State Farm tendered the remainder of UM benefits, after initially tendering a smaller amount, following their request for additional discovery, including taking the Griffins’ depositions.  State Farm alleged that its delay in tendering the remaining benefits was based on suspicions surrounding the Griffins’ counsel.

Regarding the award of attorney’s fees, the appellate court stated that the amount of $8,000 was not excessive.  The trial court had concluded the damages sustained by the Griffins were sums that were due or owed them but had not been paid.

The insurance attorneys at the Lavis Law firm are skilled at helping individual claimants recover damages for their losses. Contact us today at 866-558-9151 for a free, confidential consultation.