Louisiana Court Holds Plaintiffs Not Entitled to Damages from Negligent Driver and His Automobile Insurance Company, Due to Failure to Prove Accident Caused Injuries

Posted by charles on Monday, February 1st, 2016 in Automobile Insurance
no Comment.

In a case before the Louisiana Fifth Circuit Court of Appeal, the court reviewed a claim for damages against a driver and his automobile insurance company.  Following a collision, injured individuals often seek recovery from the negligent or at-fault driver and their automobile insurance company. In this appeal, the court focused on whether the lower court determined that the accident caused the plaintiffs’ injuries. 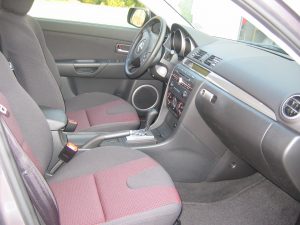 Plaintiffs Regina Tezeno, individually and as the administratrix of her minor children, Darren and Darinesha, appealed the trial court’s dismissal of Darren’s and Darinesha’s personal injury claims. The facts of this case demonstrated that the plaintiffs were driving northbound in the center lane when another vehicle, traveling in the northbound left lane, entered the center lane and sideswiped their vehicle.  The passengers were all restrained during the collision.  Both vehicles had minor damage, including a lost headlight and scraped paint.

Following the accident, the plaintiffs filed an injury lawsuit against Joel Hashim and his automobile insurance company, State Farm Mutual Automobile Insurance Company, seeking damages for personal injuries suffered during the collision.  After a bench trial, the court found Mr. Hashim 100% at fault and awarded Ms. Tezeno special damages of $1,035.00 and general damages of $4,500.00.  The court did not award damages to the minor children, and it dismissed their claims with prejudice.  The plaintiffs appealed the refusal to award damages to the children.

The court turned to the record before the trial court.  The plaintiffs had introduced medical records that reflected that about two months after the accident, Darren, 19 at the time of the trial, and Darinesha, 17, underwent treatment by a chiropractor for neck and back pain for about six months.

Darren and Darinesha testified at the trial that they did not immediately notice injuries, but they later suffered headaches, neck pain, and back pain within a week following the accident. First, Darinesha visited her physician, who suggested Ibuprofen for pain relief but did not find any indication of an injury.  Three months later, Darinesha began treatment with a chiropractor, who diagnosed muscle spasms and lumbosacral and cervical sprains. Darren was also diagnosed with muscle spasms and lumbosacral sprain. Darren underwent treatment for six months, which reduced his symptoms.

The trial judge had found that Darren and Darinesha failed to demonstrate the accident caused their injuries.  The appellate court stated the lower court did not abuse its discretion in refusing to award damages to Darren and Darinesha. The court affirmed the judgment of the trial court.

This appellate case involved a plaintiff seeking recovery from the defendant’s automobile insurance company.  At Lavis Law, our insurance attorneys are skilled at representing individuals seeking compensation from insurers.  Contact our office by calling 866.558.9151.