In a recent case before the Second Circuit, the court addressed whether an injured employee had met his burden of proving causation between his work injury and symptoms.  The court also addressed whether the employer had met their burden of refuting the employee’s claim for supplemental earnings benefits, based on his inability to earn 90% of his pre-injury wages. 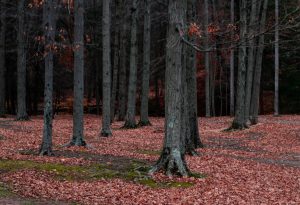 Bruce McCoy, Jr., 19 years old, worked as a driver/groundsman for W.A. Kendall & Co., Inc.  While cutting a tree, Mr. McCoy was struck by another falling tree, and it hit him in the head. Mr. McCoy lost consciousness and was immediately transported to the hospital for his injuries.  He suffered a skull fracture, headaches, and neck pain.

Mr. McCoy received medical treatment and indemnity benefits for this work-related accident.  An early assessment by Dr. Clyde Elliott noted that Mr. McCoy’s underlying scoliosis had not been aggravated by the accident.  Mr. McCoy was cleared to return to work. After offering Mr. McCoy a position and not hearing a response, Kendall terminated Mr. McCoy’s indemnity benefits. A few months later, when Mr. McCoy requested to return to work with Kendall, his request was denied. Allegedly, the denial was based on a doctor’s finding that Mr. McCoy should not perform that type of job due to his pre-existing conditions.

On appeal, Kendall argued that the evidence and testimony were misinterpreted and that Mr. McCoy did not prove he was partially disabled.  Kendall contended that any ongoing disabilities and work restrictions suffered by Mr. McCoy were related to his pre-existing condition.

The appellate court stated that they review factual findings under a manifest error standard.  The question is whether the fact finder’s conclusion was reasonable.

Louisiana law provides for workers’ compensation benefits for personal injuries arising out of and in the course of employment.  Work-related accidents are those unexpected or unforeseen events that directly produce an injury, rather than a gradual deterioration or progressive degeneration.

A plaintiff in a workers’ compensation case must establish the causal link from an injury to a work-related accident by a preponderance of the evidence.  The causal connection can be shown when the employee demonstrates that he was in good health before the accident, but beginning with the accident, symptoms of the disabling condition appeared. There must also be sufficient medical evidence to show a reasonable possibility of a causal connection between the accident and the disabling condition.

The appeals court found that Mr. McCoy met his burden of proof in establishing causation between his disability and the work accident. The court examined the testimony and evidence in the case, and it specifically noted that Mr. McCoy stated that prior to the accident, he was able to perform all his work duties without suffering symptoms related to his pre-existing condition.  Here, Dr. Elliot did not find Mr. McCoy’s pre-existing condition was aggravated, and he treated Mr. McCoy for symptoms that were not present before the work-related accident.

Regarding SEBs, the court stated the purpose of these benefits is to compensate the injured employee for the earning capacity affected by the accident. If an employee sustains a work-related injury that leads to an inability to earn 90 percent or more of their pre-injury wage, they are entitled to receive SEBs. In this case, Kendall would be required to show that Mr. McCoy is capable of performing a certain job that was offered or proven available to him.

The facts demonstrated that Mr. McCoy requested to return to work but that Kendall denied his request. Kendall stated that their denial was based upon the recommendation of a doctor that Mr. McCoy should not perform that type of job, due to a pre-existing condition. The court stated that by denying the request, Kendall is prevented from proving Mr. McCoy is physically able to perform a specific job.

Since Mr. McCoy’s doctors presented findings in support of his evidence showing he was not able to earn 90% of his pre-injury wage, the court held that the workers’ compensation judge’s finding was not manifestly erroneous.

The court affirmed the workers’ compensation judge’s award of benefits to Mr. McCoy.

Injured employees may be able to secure compensation for their injuries according to Louisiana workers’ compensation laws.  At Lavis Law, we provide a free, confidential consultation and can be reached by calling 866.558.9151.