The Second Circuit Court of Appeal recently issued a decision in a case involving the award of damages in a workers’ compensation case.  At issue was whether the alleged injury occurred from an on-the-job accident.  The court reviewed the testimony of supervising employees, medical evidence, and the claimant’s testimony concerning his injuries to determine whether he met his burden of proof to show his injuries were caused by a workplace accident. 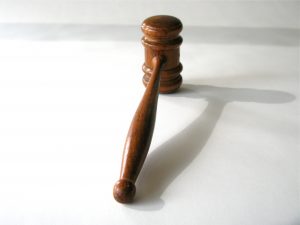 Carlos Harvey worked for Sol’s Pipe & Steel (Sol’s) for over four years, pulling steel that weighed between five and 550 pounds. Mr. Harvey alleged that, while working at Sol’s, he injured his shoulder and reported to the hospital several times for treatment.  Eventually, after a doctor determined that Mr. Harvey was unable to return to work, Mr. Harvey filed a disputed claim for workers’ compensation benefits, claiming that injuries to his shoulders resulted from an accident while working.

While Mr. Harvey claimed that he reported the accident to his supervisors and went to the hospital for treatment, the Sol’s supervisors denied Mr. Harvey having reported his injury. In fact, one supervisor testified that Mr. Harvey informed him he injured his shoulder while working on the transmission of his personal vehicle. Sol’s filed their answer to Mr. Harvey’s complaint, denying the accident occurred.

The trial court denied Mr. Harvey’s claim after finding that he failed to prove the accident occurred at his job. The workers’ compensation judge also determined that Mr. Harvey failed to demonstrate an occupational disease.

The appellate court stated that under Louisiana law, an employee may receive workers’ compensation benefits if they suffer an accident arising out of and in the course of employment.  This accident must be unforeseen and identifiable. Finally, the worker’s compensation claimant must prove that the disability suffered relates to an on-the-job injury. In terms of the causal connection between the disability and the job injury, the employee must prove that before the accident he was in good health, but the accident triggered the symptoms causing the disability.

A workers’ compensation claimant may prove causation through their own testimony, provided there is no other evidence casting doubt on their version of the incident.  Additionally, their testimony must be corroborated by the circumstances surrounding the alleged incident. The court stated they look to various factors, such as whether the claimant made a late report of the injury and whether they continued to work.

The court reviewed medical records, some of which included Mr. Harvey stating that his shoulder pain had lasted nine to 12 months prior to the date of the alleged work incident.

The court also noted the testimony of Sol’s employees, none of whom stated that Mr. Harvey claimed a work injury. Finally, the court reiterated that Mr. Harvey acknowledged that while he had experienced shoulder pain prior to the date of the alleged incident, the pain “changed” after the accident.

The appellate court found that Mr. Harvey did not meet the burden of proving a work-related injury by a preponderance of the evidence.  First, his multiple hospital visits documented an ongoing shoulder issue, but none indicated it was a work-related injury. Additionally, Sol’s employees testified that Mr. Harvey complained of injuries but did not state they were work-related. The appellate court affirmed the holding of the workers’ compensation judge. Mr. Harvey did not carry his burden of proof.  They affirmed the dismissal of Mr. Harvey’s claim for workers’ compensation benefits.

At Lavis Law, we represent injured workers in workers’ compensation claims.  We provide a free, confidential consultation and can be reached by calling 866.558.9151.