In a recent workers’ compensation case, the court reviewed the appropriate standard for determining the availability of a job for an injured employee.  In this case, the court examined Louisiana law regarding temporary total benefits, which may be applicable when a workers’ compensation claimant is unable to work for wages. Once the claimant returns to work, he is not eligible for the disability benefits but may receive supplemental earnings benefits if he is unable to earn 90% of his pre-accident earnings. On appeal before the court was the issue of whether the lower court applied the proper standard for determining job availability. 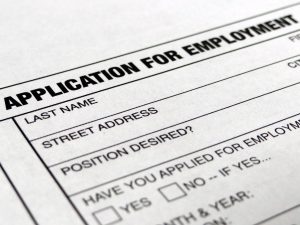 Kenneth Clark worked as an assistant manager at Walgreens Drugstore.  He injured his back while lifting a case of radios delivered to the store. After reporting the accident to his manager, he was sent for treatment at an urgent care facility.  He suffered three herniated lumbar discs.

Walgreens initially paid Mr. Clark temporary total benefits and then modified the benefits to Supplemental Earnings Benefits, at less than half of the amount of disability benefits.  Mr. Clark filed a Disputed Claim for Compensation against Walgreens and its workers’ compensation insurer. Walgreens then sent Mr. Clark to a vocational rehabilitation counselor.

During the trial, Mr. Clark testified that he had in fact applied to over 100 jobs but had not received an offer of employment. The workers’ compensation judge issued a judgment finding that, while the rehabilitation counselor identified jobs within Mr. Clark’s physical capabilities, there was not a showing that the jobs were available to Mr. Clark when his benefits were reduced. The lower court ruled in favor of Mr. Clark.

Walgreens appealed, arguing that the judge failed to apply the correct legal standard to determine the availability of a job identified for Mr. Clark. They also contended the workers’ compensation judge committed legal error in not finding the reduction of benefits to be proper.

Walgreens contended that the Workers’ Compensation Judge did not apply the correct standard regarding proving job availability under Louisiana law. While the judge first stated there must be an actual position available for that particular job, later the judge looked to whether jobs were available to Mr. Clark when his benefits were reduced.

Walgreens argued that the evidence showed Mr. Clark was released to light duty work.  Mr. Clark had admitted he received notice of jobs that were within his limitations, in the area where he lived, and available. Walgreens also contended that while Mr. Clark did not receive a job offer, it is not required to show actual job placement in order for Walgreens to prove job availability.

An employer must prove job availability by a preponderance of the evidence. The appellate court, after reviewing the record, found that Walgreens had met its burden of proving two jobs were available when it notified Mr. Clark of this fact before reducing his benefits. The first job was for a receptionist position at Volunteers for America. The second job was for a customer service representative at Tower Loans. The court stated that the finding by the lower court that there were jobs within Mr. Clark’s physical abilities strengthens the conclusion that Walgreens had proved job availability.

Here, the Workers’ Compensation Judge determined that Mr. Clark had a zero wage earning capacity.  But the appellate court found that, since the lower court misapplied the law and erroneously found that Walgreens failed to prove job availability, they would remand the matter for the Workers’ Compensation Judge to determine whether the reduction in earning capacity was justified.

The court reversed the lower court judgment finding that Walgreens failed to prove suitable jobs were available to Mr. Clark.  The matter was remanded to the Office of Workers’ Compensation for further proceedings.

At Lavis Law, we represent injured workers in their claims for workers’ compensation under Louisiana law. We provide a free, confidential consultation and can be reached by calling 866.558.9151.