In a recent case, the Louisiana Court of Appeal, Second Circuit, affirmed a holding by a workers’ compensation judge that an injured employee had proven the medical necessity of a second surgery to correct and repair an earlier surgery. 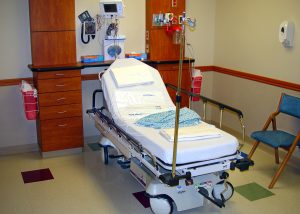 Robert Friedman injured his back while in the course and scope of his employment with defendant Ecolab, Inc.   He began to receive medical treatment and workers’ compensation indemnity benefits.  He was treated by his primary physician with muscle relaxants and pain medications.

EcoLab, Inc. denied the request to extend the fusion to provide anterior support, per the neurosurgeon’s recommendation.  The workers’ compensation insurer, Broadspire, stated that since there was no stenosis or instability at L3-L4, no fusion was warranted.  Partial certification only was considered medically necessary.

Mr. Friedman filed a disputed claim for medical treatment with the medical director of the Office of Workers’ Compensation Administration.  His request was denied for lack of clinical information.  He then filed a disputed claim for treatment with the Office of Workers’ Compensation, and after a hearing the workers’ compensation judge ordered that he refile the request for approval of surgery. The WCJ stated this was an emergency situation, due to the pain suffered by Mr. Friedman. Ultimately, the WCJ ordered Ecolab to pay for the surgery, and they assessed penalties in the amount of $2,000 and attorney fees for $4,000.  Ecolab appealed.

Ecolab contended that Mr. Friedman did not meet his burden of proving by clear and convincing evidence that the denial of the request was not in accordance with Louisiana law.

The court stated the rule that a workers’ compensation claimant can recover medical treatment costs that are reasonably necessary for treating medical conditions caused by a work-related injury. “Medically necessary treatment” refers to services in line with the medical treatment guidelines, appropriate for the patient’s ailments.  The treatment cannot be solely for the convenience of the patient but must be consistent with the diagnosis or treatment of a condition or complaint.

Before 2009, Louisiana law stated that determining appropriate medical treatment was a task for the insurer.  Disputes regarding whether treatments were appropriate were resolved by the WCJ.  Using a preponderance of the evidence standard, the WCJ would determine which treatment was medically necessary.

Now, the law requires the claimant to meet the initial burden of proof by a preponderance of the evidence on appeal.  But when a claimant is seeking review of a decision made by the medical director, he must prove the necessity of the desired treatment by clear and convincing evidence. This standard requires that he show the existence of the disputed fact is “highly probable.”

In this case, the court applied a manifest error standard of review.  The medical director denied Mr. Friedman’s disputed request for medical treatment on the basis that he failed to submit sufficient documents indicating he had undergone a physical examination. Mr. Friedman contended that the medical guidelines do not require that he resubmit documents already submitted before his initial surgery. This surgery was to correct and repair the initial surgery.

The court stated that the request for authorization submitted to the medical director was not an initial request.  The first surgery was authorized by Ecolab, and at issue was a subsequent request for authorization.  This was to repair the surgery that had already been authorized. The specific medical guidelines state that a claimant is not required to resubmit information, but only to submit updates.

The appellate court stated that Mr. Friedman had proven by clear and convincing evidence that the medical director’s decision was not in accordance with Louisiana law.  He had submitted his medical records indicating that the hardware inserted during the first surgery had failed.

The court affirmed the WCJ’s decision to order Ecolab to provide the surgery, per the recommendation by Mr. Friedman’s neurosurgeon. Affirming the judgment of the WCJ, the court awarded additional attorney fees to the claimant in the amount of $3,000 for the time and legal work connected with the appeal.

At Lavis Law, our workers’ compensation lawyers help injured individuals in Louisiana pursue compensation for their injuries.  We offer personal attention and diligent representation, and we provide a free consultation. Our office can be reached by calling 866.558.9151.